Why’s there a delay before the order begins? 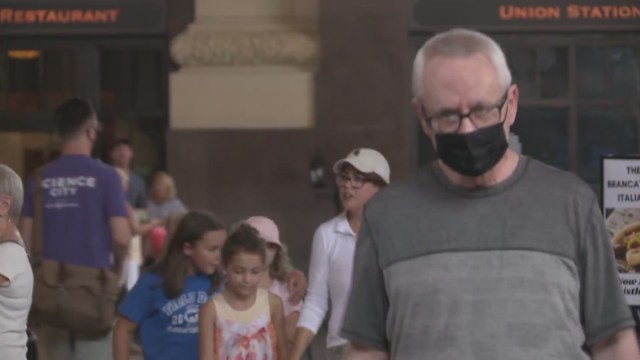 KANSAS CITY, Mo. — As it stands, there are still about four days until Kansas City’s restored mask mandate takes effect.

The stated goal of the order is to stop the spread of COVID-19’s Delta variant. So what’s the deal with the mandate’s delay before starting?

Insiders tell FOX4 that the gap in implementation is to allow businesses and restaurants to prepare for the masking policy shift.

It’s true that the first time Kansas City had a mask mandate it also took a few days to take effect. The difference is that while there are now vaccines, back then there were capacity restrictions.


‘Fighting two pandemics’: the new reality of COVID-19 and its variants

On May 14, Mayor Quinton Lucas rescinded Kansas City’s mask mandate and said, for businesses, masking requirements were at their own discretion.

“And so that is something that we still stand by, businesses that will do that. We’re just getting out of the enforcement business,” Lucas said during a news conference on the change.

Fast forward two months to now and the city is back in that business. Calling for reports on non-compliant ‘indoor spaces of public accommodation’ as interest in vaccinations lurches in the metro.

Doctors in the University of Kansas Health System say the risk is that the Delta variant can be spread by people despite their vaccination status.

“It’s really now two pandemics. It’s the pandemic of the vaccinated but even greater is that pandemic of the unvaccinated,” said Dr. Dana Hawkinson, infectious disease specialist at the University of Kansas Health System.

“It looks like the viral load inside your airway is 1,000 times greater with the Delta variant than with the original strain or the Alpha variant. What does that mean? Well, it’s really high in those who are vaccinated and unvaccinated,” said Dr. Steve Stites, chief medical officer at the University of Kansas Health System.

So why is it that, if the spread is so serious, that the city should allow another unmasked weekend?

“I think the answer to this is from a medical standpoint, is distancing better? Yeah, you bet it is. We know that that’s true. From a public health perspective, is it better? Sure. From an economic perspective, that’s why they have elected political leaders who don’t sit in white coats on media shows talking about medicine and science,” Stites said.

“I think our challenge is that we know from a medical standpoint, a purist, what’s the right thing to do, yeah, distancing plus masking equals really improved public health impact. But I also know that’s going to put a lot of impact on the economy and folks jobs,” Stites said.

Doctors say that there is nothing preventing people from wearing a mask in public places earlier than Monday. In fact, that is the recommendation from many health professionals, just not yet a city requirement.