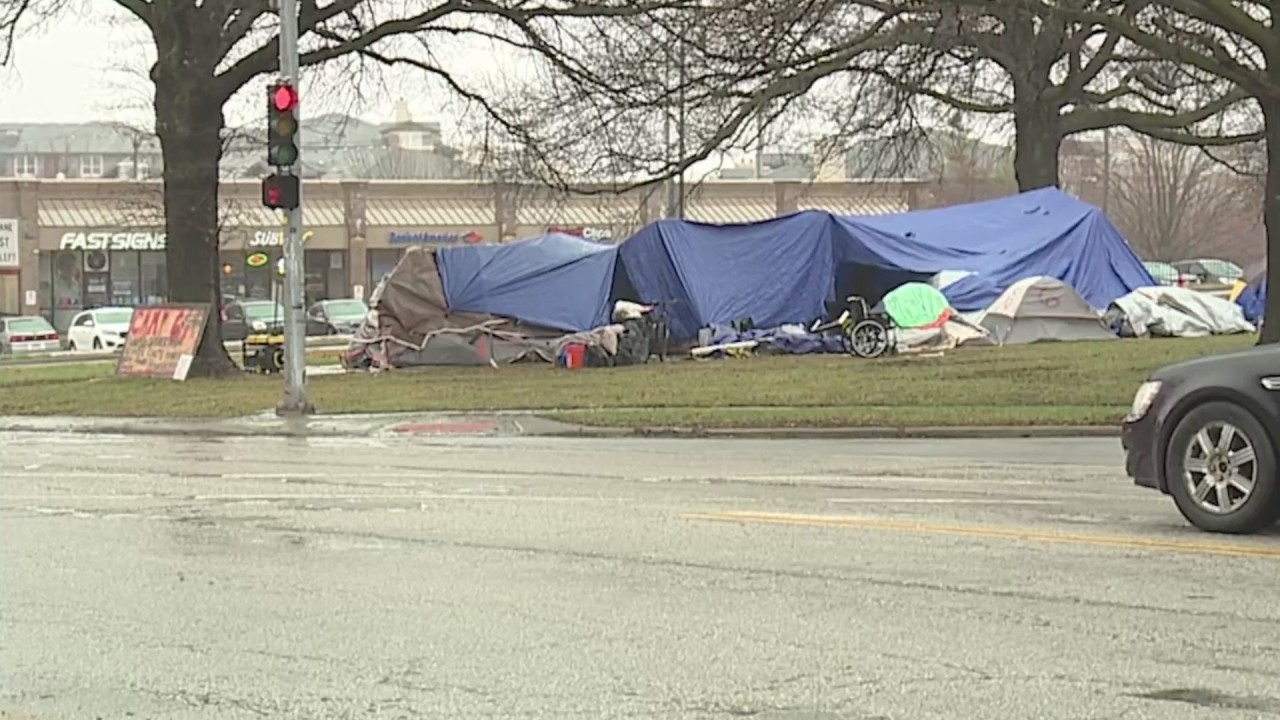 KANSAS CITY, Mo.– A homeless camp in Westport is getting bigger, raising concerns from some who live and work in the area.

The camp is located in greenspace between the Westport Road, Southwest Trafficway and West 43rd Street intersection. Business owners said they first noticed the site about six weeks ago, and it continues to expand.

“It started with one tent. Now it looks like it’s evolved into about 25 tents,” said Craig Moncreif, general manager of Nature’s Own Market. “Definitely an eyesore.”

The camp is an effort from a group that calls themselves the Midwest Homeless Collective. They have on-site generators and provide water, blankets and shelter to those in need.

But people in Westport said they’re growing frustrated with the site, and Moncreif is concerned about the impact it has on business and safety for staff.

Another store owner tells FOX4 the sight of a homeless camp is chasing away customers, and although she feels for the people living there, she also has a business to run.

“That is certainly not a new issue. That has been going on for years. You see that in every city in America,” said Chris Hernandez, Kansas City’s communications director.

For now, the city is letting the camp stay, with police and outreach workers dropping by regularly to offer assistance like food, blankets and various kinds of shelter.

“Some of that are folks that do not want to deal what comes with staying in a shelter because there are rules. You have to have order,” Hernandez said. “That is one of those things that happens. People decide they want their independence instead. That is certainly nothing new.”

But that doesn’t ease some of the store owners’ concerns.

Moncreif said he was told until there’s a significant incident, police can’t — and won’t — do anything about it.

“We as a community need to find a happy medium place for these people to go and to be safe and to, you know, be able to have running water and utilities,” he said. “How we get there, I don’t know. I don’t know how we get there, but it has to be a better way than that.”

As the temporary warming center at Bartle Hall closed Wednesday, there’s also a growing concern about placement of the homeless population. It’s a problem that both these store owners and city leaders realize isn’t easy to solve.