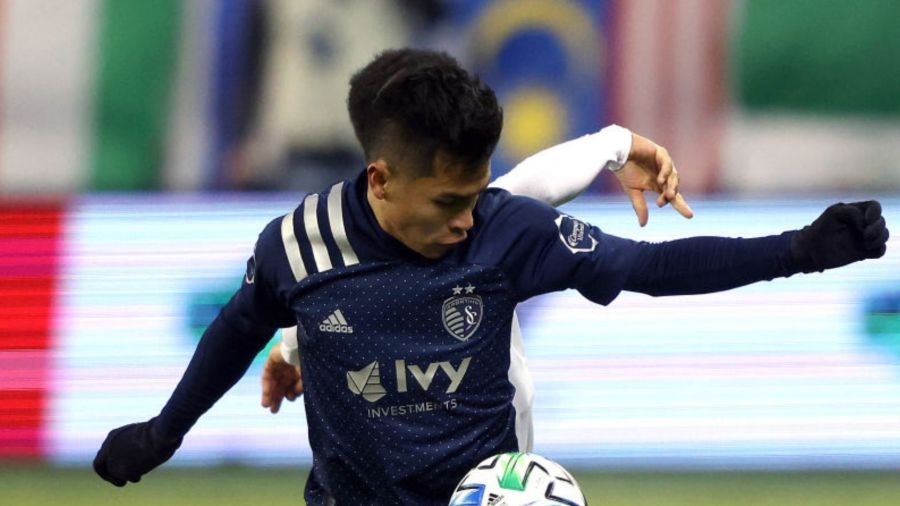 KANSAS CITY, Kan. — After dropping three points on the road at Portland over the weekend, second place Sporting Kansas City hosted third place Colorado Rapids midweek as both teams are looking to take the top spot in the west from Seattle.

Spoorting KC defeated the Rapids 3-1 in a statement victory at Children’s Mercy Park behind a brace from Dániel Sallói and Felipe Hernández’s first MLS goal of his career.

Both Hernández and Sallói are homegrown products and played together as they came up through the Sporting Kansas City Academy.

Along with the two goal scorers, a total of six academy products touched the field on Wednesday, a testament to head coach Peter Vermes’ efforts to grow the club from within.

“All those guys today got a good taste and the experience of getting three points and also of performing and living up to the responsibility that goes with stepping in with this jersey on inside the white lines. I think that’s very important,” Vermes said.

After a disappointing 2020 season, Sallói seems to be back in form and now leads the club with six goals, positioning himself in third in Major League Soccer behind LA Galaxy’s Javier “Chicharito” Hernández (8) and Seattle Sounders’ Raúl Ruidíaz (8).

Sallói found the net on a cross from Johnny Russell in the 14th minute. In the 34th, Hernández found him in the box and he blasted his second goal past goalkeeper William Yarbrough.

The Hungarian-born Sallói has helped lead the potent Sporting KC attack that is the only club to boast two players with five-plus goals (Alan Pulido, 5) and a league-leading 20 goals on the season.

“I would like to, with all due respect, ask everybody to stop talking about last year. Yes, it was bad and yes, I did not have enough confidence and now I do. So please let’s talk about this year,” Sallói said. “I’ve said a lot of things about last year and how my confidence has changed. Yes, I’m very happy for the belief. It’s 2021 and I’d like to focus on this. It’s a fresh paper so let’s talk about this year.”

In the second half, Sallói returned the favor to his academy teammate and set up Hernández to score his first ever MLS goal.

Born in Ibagué, Colombia, Hernández grew up in Nashville, Tennessee and was part of the Sporting Nashville Heroes academy affiliate before joining the Sporting KC Academy in 2014.

And although the 23-year-old has seen others jump ahead of him and earn homegrown contracts, Vermes said his mentality has him in great position.

“The good thing about him is he always kept his work ethic and he always kept his mentality. Sometimes that makes you stronger than other guys,” Vermes said. “That’s one of the reasons why I think he has performed and he has done well.”

“They just always told me, ‘Never let anything stop you, no matter the circumstance. Do what you can on the field and you’re going to get your opportunity, just make sure you take it.’ That’s always been my mindset,” Hernández said.

The homegrown product’s goal comes in his second start of the 2021 season and 22nd career appearance.

“When I looked up and the ball was in the goal, I kind of just blanked but I heard everything,” Hernández said. “My teammates were celebrating with me and it’s a big moment for me and even better that we got the three points.”

Hernández has plenty of competition in the midfield, but putting together a string of strong performances will see his playing time increase.

Sporting Kansas City hosts LAFC on Saturday at 4:30 p.m. at Children’s Mercy Park and look to stay undefeated at home.