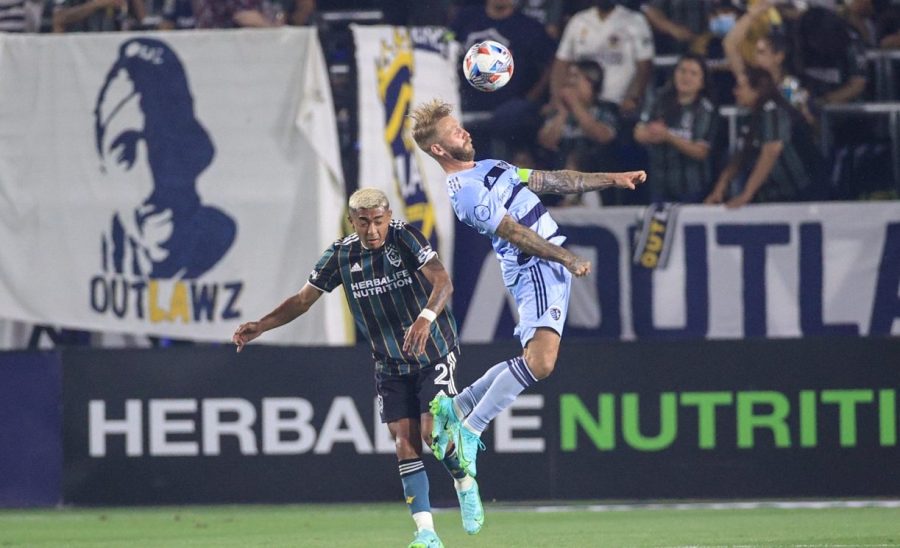 Much of the game was a series of saves by each goalie. Tim Melia had his work cut out for him as the Galaxy came out on the offensive. LA had 18 shots on goal compared to KC’s 12.

The Galaxy also won in possession, controlling the ball 54% of the game.

However, KC started attacking more in the second half. Russell had a hard left-footed shot saved, but it returned directly at him and he poked a high-arcing header into the left corner of the goal. It was his first goal of the season.

Shelton then scored on a breakaway for Sporting in the fifth minute of stoppage time after the Galaxy had pushed its numbers forward in search of a tying goal. It was his first goal of the season, too.