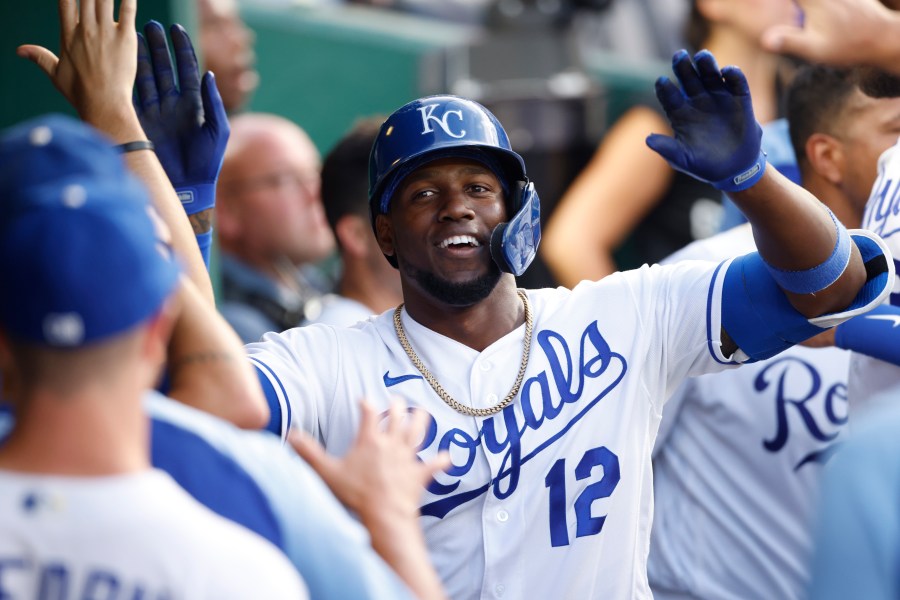 Mike Minor (8-8) gave the Royals their fifth quality start in the last six games. He allowed two runs on three hits over six innings. He walked two and struck out seven. Minor’s victory in Milwaukee on July 20 started the Royals’ current winning streak.

Scott Barlow worked the final two innings and picked up his sixth save.

Dallas Keuchel (7-4) took the loss after surrendering three solo home runs. He allowed four runs on six hits over six innings. He walked one and struck out three.

Soler hit the first Keuchel pitch of the second inning for his 12th home run, and his fifth in the last six games. Soler’s blast went 449 feet to dead center.

In his next at-bat, Soler hit another home run, this one 413 feet to left. It was the ninth time in his career — and the second time in as many games — that Soler has hit multiple home runs in a game.

The Royals missed an opportunity to pile on in the fifth. Michael A. Taylor stroked a one-out single, but was caught stealing. Jarrod Dyson then hit a ground-rule double. Whit Merrifield scored Dyson with a double to right.

The White Sox got two runs in the sixth. Minor walked the lead-off batter, Seby Zavala. Zavala advanced to third on Tim Anderson’s double to the wall in left. Both runners scored when Andrew Vaughn singled down the right-field line.

Andrew Benintendi helped the Royals extend the lead to two runs with a home run to the opposite field. He snapped an 0-for-13 skid with the homer.

The White Sox got a run in the ninth when Adam Engel singled in Yoan Moncada.

White Sox OF Eloy Jiménez was activated from the 60-day injured list and was in Monday’s lineup as the designated hitter. He was 0 for 4 with a strikeout. Jiménez suffered a torn left pectoral tendon in a spring training game March 24. “I feel really excited to be back with the boys,” Jiménez said before Monday’s game. “I don’t know, I can’t explain right now how I feel.” To make room for Jiménez, the White Sox optioned INF Jake Burger to Triple-A Charlotte.

Royals SS Nicky Lopez was out of the lineup again with a “hitch in his giddy-up,” according to manager Mike Matheny. Lopez appeared to injure his leg on July 24, but remained in the game.

The Royals will start RHP Brad Keller (7-9, 5.84 ERA). Keller, who will pitch on his birthday for the first time in his professional career, has had three of his four longest outings of the season. In those starts, he’s 1-1 with a 2.61 ERA.