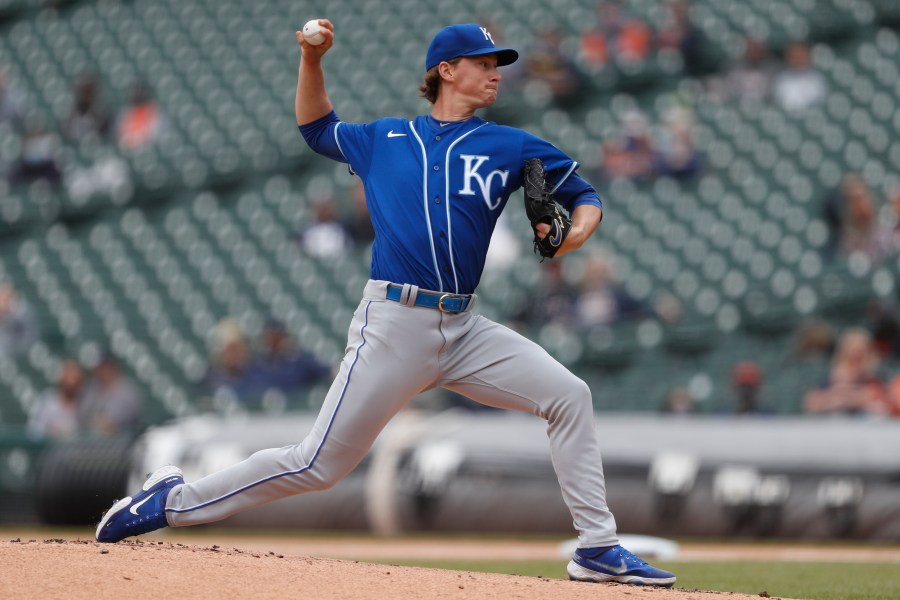 DETROIT (AP) — Brady Singer pitched seven impressive innings, and the Kansas City Royals took advantage of some defensive sloppiness by Detroit in a 2-1 victory over the Tigers on Saturday.

Willi Castro homered for Detroit in the fifth, but that wasn’t enough to overcome Kansas City’s two runs in the top of that inning. Singer (1-2) allowed three hits and struck out eight.

Scott Barlow worked the eighth, and Josh Staumont pitched a perfect ninth for his first career save. The game was finished in 2 hours, 10 minutes.

Matthew Boyd (2-2) was on the wrong end of this pitcher’s duel, allowing one earned run and three hits in eight innings. It was the fourth straight quality start for the Detroit left-hander.

The Tigers have lost eight of nine.

The Royals did not have a baserunner until Jorge Soler doubled to lead off the fifth. With men on first and third and one out, Andrew Benintendi hit a grounder to first. Jonathan Schoop threw to second for the force, but his throw was a bit high and took away any chance of a double play. Soler scored to make it 1-0.

Michael A. Taylor followed with a single to right, and Victor Reyes threw to third to try to catch Benintendi. The ball bounced past third for an error on Reyes, and Boyd wasn’t in position to back up the throw. The unearned run that came home on that play was ultimately the difference in the game.

Kansas City went down 1-2-3 in every other inning but the fifth.

Royals: RHP Greg Holland was reinstated from the injured list, and RHP Brad Brach was designated for assignment.

The Royals send Danny Duffy (2-1) to the mound Sunday against Detroit’s Michael Fulmer (1-1).