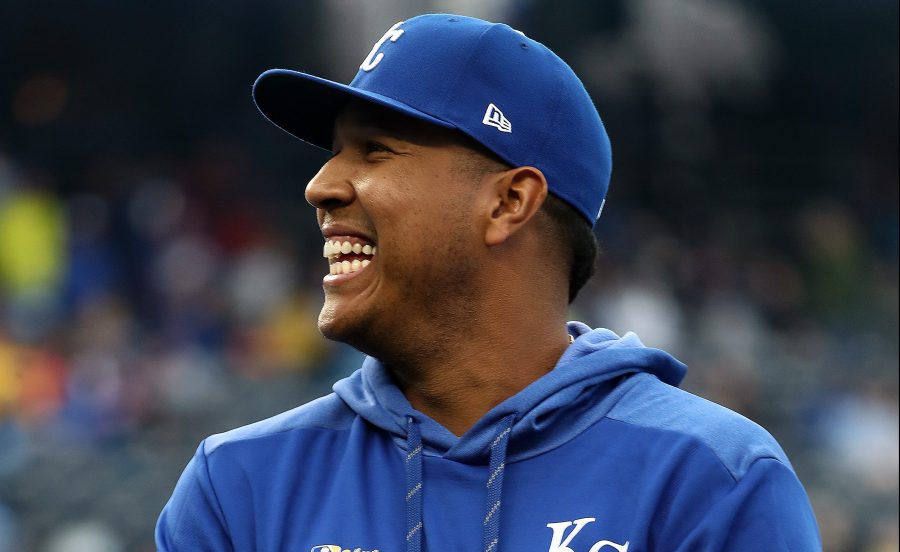 KANSAS CITY, Mo. — The Kansas City Royals announced Sunday that they have agreed to a four-year contract extension with catcher Salvador Perez that will begin with the 2022 season and has a team option for 2026.

Terms of the deal were not released but reports say the extension contract ranges between $18 million and $22 million with a $13.5 million club option or $2 million buyout.

The 30-year-old is coming off a 2020 season in which he was named American League Comeback Player of the Year, a Louisville Silver Slugger Award winner, a first-team All-MLB selection and was the Les Milgram Royal Player of the Year.

He hit a career-best .333 with 11 homers and 32 RBI over 37 games. Perez also added 12 doubles, 22 runs scored, 17 walks and one stolen base, while recording a .353 on-base percentage and a career-high .633 slugging percentage, which was the second highest in franchise history (min. 150 plate appearances) behind only Hall of Famer George Brett, who amassed a .664 mark during his AL MVP Award-winning season in 1980.

He led the Royals to the franchise’s first World Series championship in 30 years in 2015, garnering World Series MVP honors, after batting .364 (8-for-22) with two doubles and two RBI in five games vs. the Mets.

Perez was originally signed by the Royals as an international free agent on October 10, 2006.