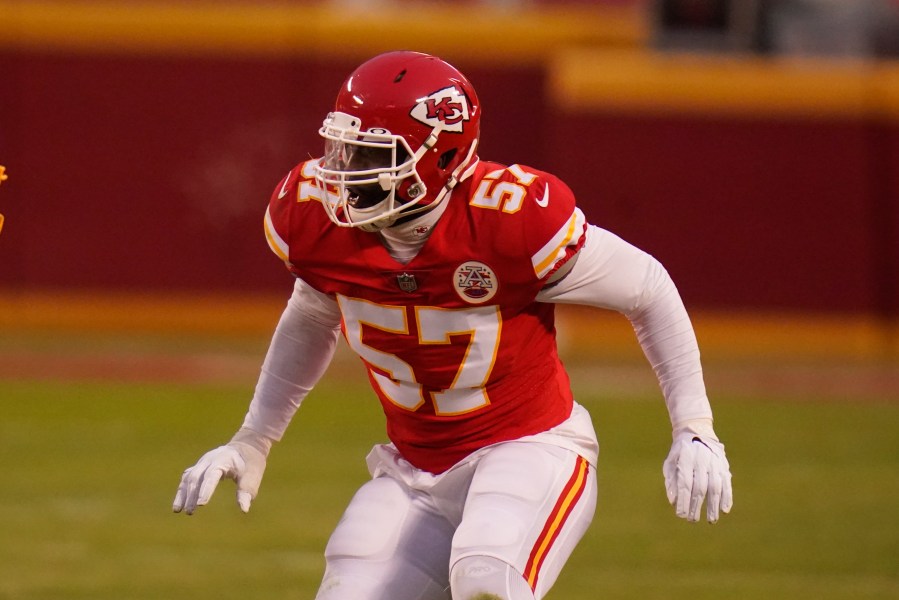 KANSAS CITY, Mo. — According to reports, the Kansas City Chiefs have re-signed defensive end Alex Okafor to a one-year deal.

Okafor has spent the last two season with the Chiefs after joining from the New Orleans Saints in 2019.

The eight-year veteran out of the University of Texas collected 8 regular season sacks during his first two years in Kansas City.


Despite visit with the Chiefs, defensive end Melvin Ingram signs with Pittsburgh Steelers

The edge-rush signing comes a day after news that former Los Angeles Charges defensive end Melvin Ingram signed with the Pittsburgh Steelers, despite having visited the Chiefs earlier in the offseason.