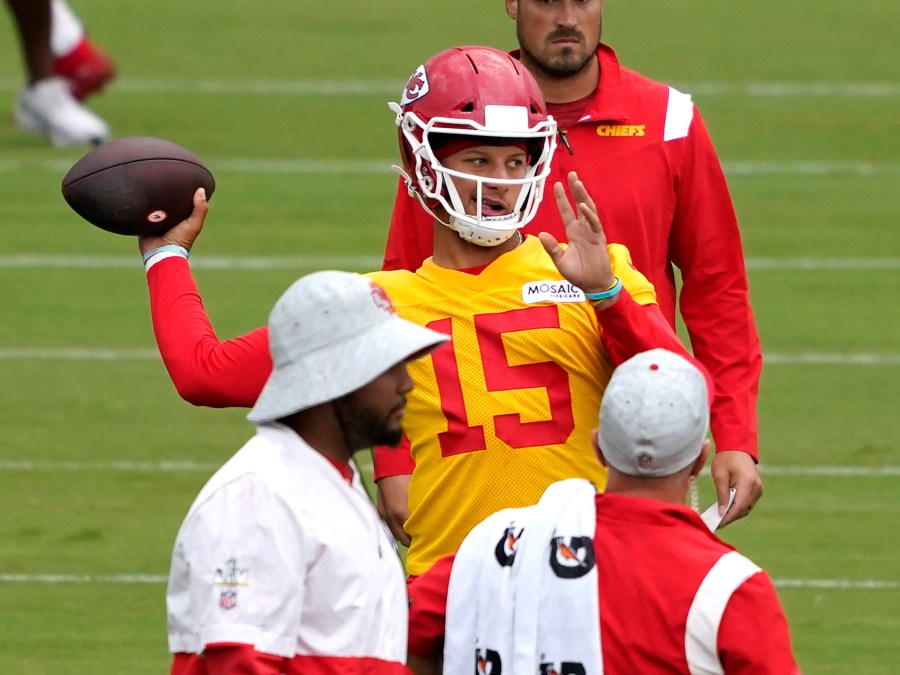 KANSAS CITY, Mo. — Patrick Mahomes keeps his opponents on their toes because they never know what he’s going to do with the ball.

Chiefs fans never quite know what’s going to come out of their quarterback’s mouth either.

The team decided to hand Mahomes the mic during training camp in St. Joseph, Missouri. The Chiefs then tweeted a behind-the-scenes look at the star interacting with his teammates.

At one point QB1 picks up Tyreek Hill and both athletes grin for the camera.

“That boy heavy. That boy dense,” Mahomes said after holding Hill for several seconds before putting him back on the ground.

“How you doing today? Doing all right, Good to see you today,” Mahomes can be heard saying.

Fans can also listen to Mahomes at the line of scrimmage and his reaction to a play or two.

“This is way harder than it looks,” Mahomes said at one point to backup quarterback Chad Henne.

The Chiefs final day of training camp in St. Joseph is Aug. 18. Then the team packs up and heads to Kansas City.

The Chiefs head to Arizona to face the Cardinals Friday night in their second preseason game.