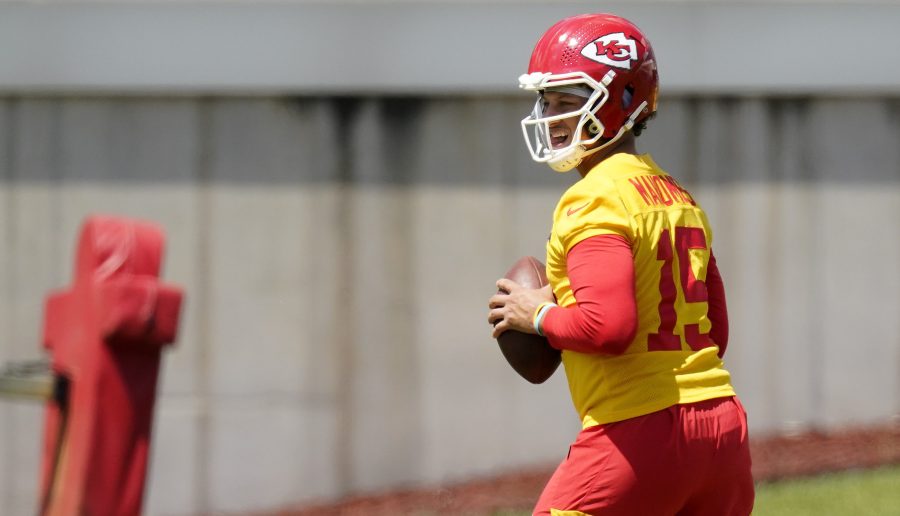 KANSAS CITY, Mo. — Patrick Mahomes remembers stepping into the Kansas City Chiefs’ huddle for the first time and seeing a group of veteran offensive linemen, from Eric Fisher at left tackle to Mitchell Schwartz at right, who knew how to operate in the NFL.

Now Mahomes is the one telling everyone else what to do.

Not that his new-look offensive line needs a whole lot of direction. Whether it’s Pro Bowl left tackle Orlando Brown Jr., veteran guard Joe Thuney or any of the other newcomers, the group fighting for the five spots protecting the Chiefs’ half-billion dollar quarterback this season represents a significant upgrade.

But they also have a former league MVP directing the show these days, not some first-year starter under center, and that’s been a big reason why so many new pieces have come together so quickly during voluntary offseason workouts.

“They got a lot of good guys and brought back a lot of good guys to put in that O-line room,” Mahomes said following their Thursday workout, “so the competition is high every day. That brings out the best, and that’s what you want on any team — a winning culture. You have to earn your spot every day.”

Especially given the expectations Mahomes has for them.

He made headlines during his foundation’s recent fundraising golf tournament in Hawaii when he was asked what record he wants to break. Mahomes answered by saying he wants to be the first team to go 20-0, a benchmark that became possible this season when the league expanded the regular season to 17 games, with three more games in the playoffs.

The Dolphins are the only team to cap an unbeaten season with a championship, going 17-0 in 1972, when the regular season consisted of just 14 games. The Patriots in 2007 went 16-0 in the regular season, won two playoff games but then were beaten by the Giants in the Super Bowl to finish 18-1.

“If you’re in this league you want to win every time you get on the football field,” Mahomes said. “People get all hyped saying 20-0, but I’m not going into the season thinking, ‘I’m going to lose any game.’ I believe the question I was asked was what record do I want to break and to me, records don’t mean anything if you don’t win that last game of the season.”

One of the biggest reasons the Chiefs didn’t win the last game of this past season? An offense line that was dominated by the Buccaneers in the Super Bowl, resulting in Mahomes spending most of the night running for his life.

That’s why the Chiefs spent so much of their offseason — and their bankroll — remaking the group tasked with protecting him. Brown and Thuney were big pieces, but so was the drafting of Oklahoma center Creed Humphrey and a few under-the-radar signings that should provide more depth than Kansas City had last season.

All of them have spent the past couple of works drilling down into the playbook.

“The big guys are working their tails off to knock out some of the kinks and learn the protections and learn the offense,” Chiefs coach Andy Reid said. “We’ve loaded them up with stuff. You don’t want to step back, you want to keep going. We’re not going to run against defense — they’re doing all that against bags for recognition there. But I think they’re handling it well and they seem to be talking and communicating well.”

In other news, Reid said vaccination numbers within the club are “trending way up compared to other teams,” though he did not provide an estimate on the number of players or staff that have received shots.

“You don’t sit here as an organization and pressure these guys. It’s something they want to do,” Reid said. “It feels good to be able to go out on the field without a mask and practice and your mind isn’t on what’s next related to COVID.”

Reid also spent some time Thursday praising Ken Flajole, the longtime NFL assistant coach who was hired to replace Britt Reid as outside linebackers coach. Flajole has coached every defensive position during 40-plus years in the game, and he’s spent time with Reid and was on defensive coordinator Steve Spagnuolo’s staff with the Rams.