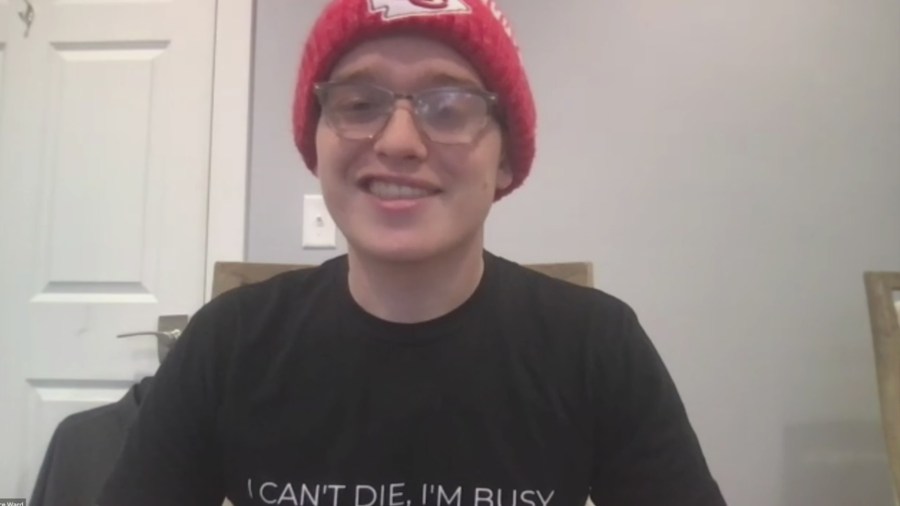 KANSAS CITY, Mo. — A young man who was gifted Super Bowl tickets earlier this year from former Kansas City Chiefs fullback Anthony Sherman has passed away after a long battle with brain cancer.

FOX4 spoke with 22-year-old Jace Ward back in February when a player known as “the Shermanator” gifted him and his father tickets to watch his team go back to the Super Bowl.

“I’m broken hearted not to watch you live life on earth but the way you brought people together in our family, among your friends, in DIPG/Pediatric Cancer, I can only imagine God plans an even better role for you in Heaven. Love you more and always,” his mom Lisa Ward said.

He battled DIPG, a rare brain tumor. Motor skills and senses shut down, but you still can think.

The words doctors used to describe this cancer: aggressive, terminal and inoperable.

At 20 years old, Jace was given nine months to live.

He punched back against DIPG going into his 22nd birthday.

“Jace said I’m not afraid to die, I know where I’m going, I’m afraid not to have enough time to make an impact before I die,” Ward’s mom Lisa told FOX4 in an interview earlier this year.

Inspired by the players on his favorite team, Ward hit the ground running to help find a cure.

He partnered with Steve Jobs’ son, Reed Jobs, and was the first person in the world to participate in a cutting-edge clinical trial.

Former Chiefs kicker Lawrence Tynes teamed up with “Wheels Up” and “Live Like Luke” to put him on a private plane for the Super Bowl.

Ward was also a K-Stater and a big fan of fellow wildcat and Chiefs wide receiver Byron Pringle.

Sherman announced in March that he was retiring after eight years, two Super Bowls and a Pro Bowl with the team.