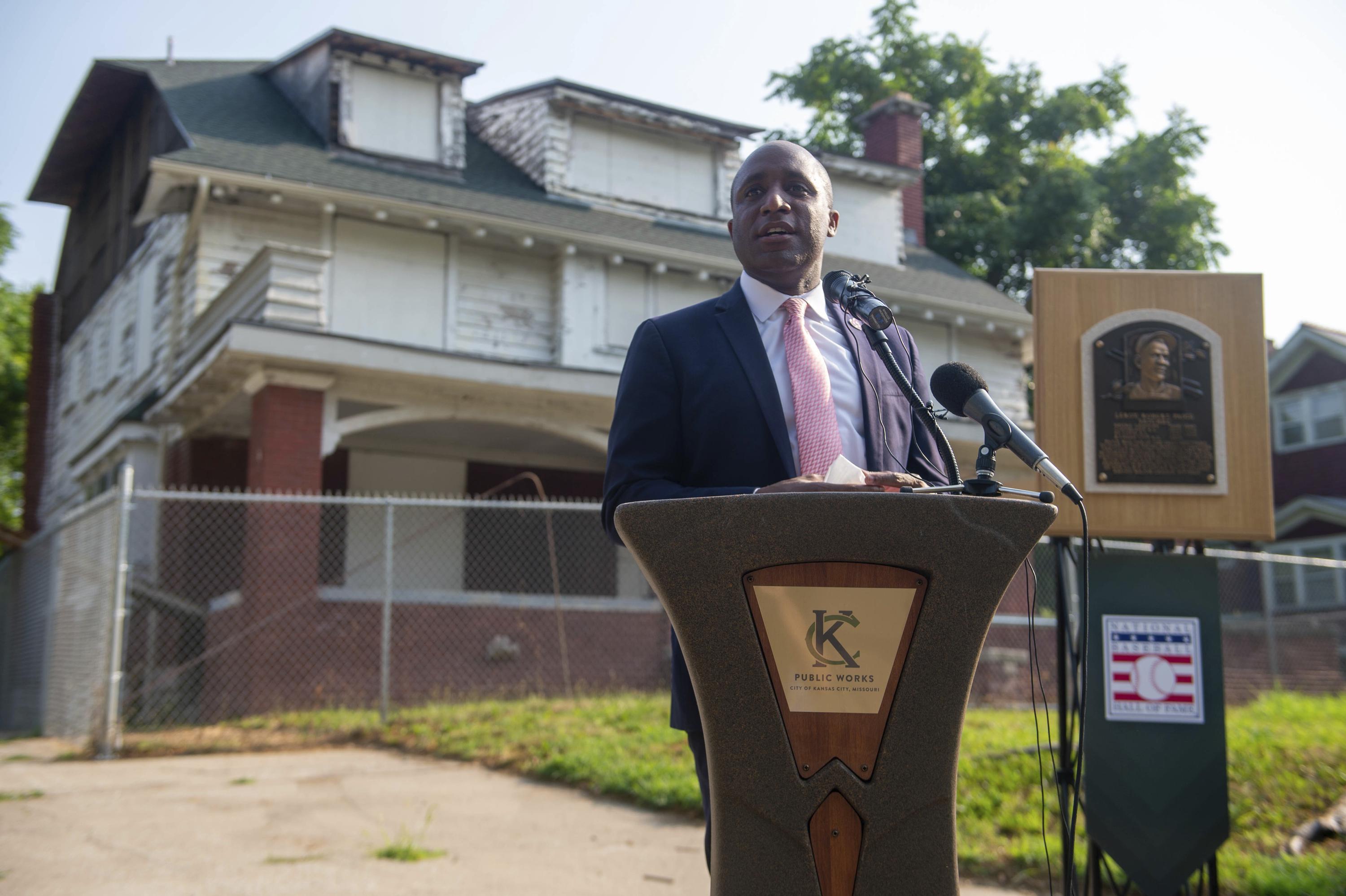 KANSAS CITY, Mo. (AP) — A $3 million renovation plan for the fire-damaged former home of baseball great Leroy “Satchel” Paige in Kansas City, Missouri, was unveiled Monday on the 50th anniversary of his entry to the Baseball Hall of Fame.

If the project was a baseball game, “we’re in the first inning,” Vincent Gauthier, managing developer of Pitch Perfect KC, said at a news conference. Some of the possible features include a coffee shop, event and meeting space, and a bakery, the Kansas City Star reported.

The project will celebrate Paige’s legacy as a ballplayer in the Negro Leagues. He became famous striking out white major leaguers before Black athletes were allowed into the Major Leagues. By the time he got into the majors, his career was winding down.

“This is a great day for our family and our neighborhood,” said Paige’s daughter, Pam O’Neal.

When many public accommodations were still segregated in the 1950s, some of America’s greatest Black athletes and Black musicians would gather to relax at the five-bedroom, 3,672-square-foot house. Paige would cook them gumbo or one of his other specialties.

The city bought the house, which has been vacant for 30 years, after it was severely damaged in a 2018 arson fire.