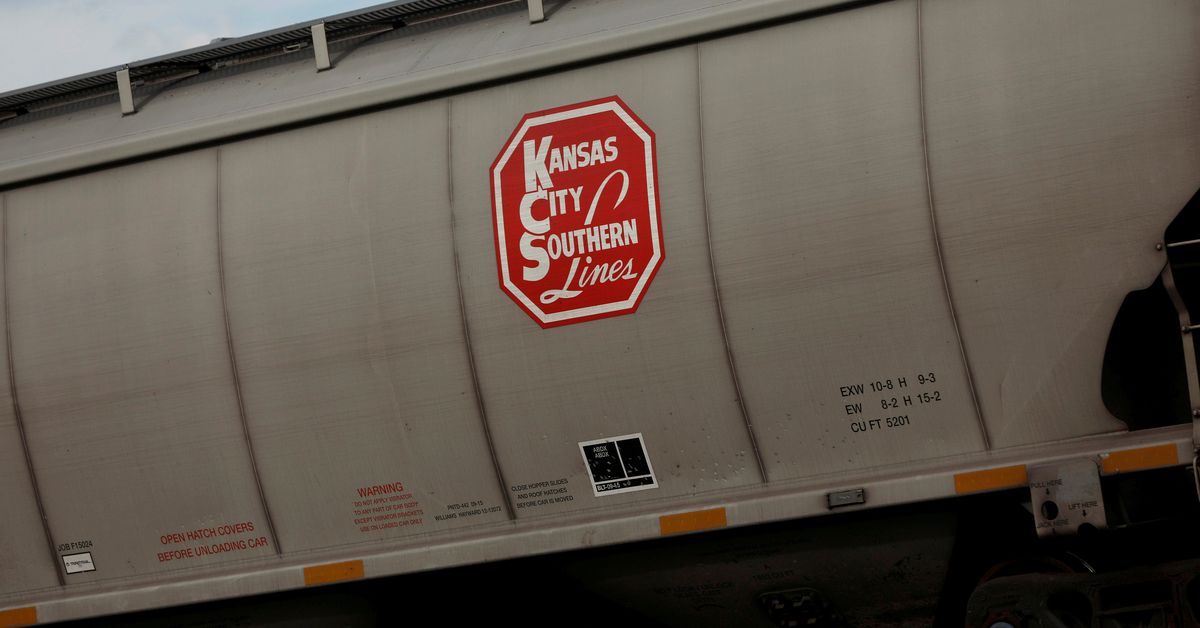 A wagon of a freight train of the Kansas City Southern (KCS) Railway Company is pictured in Toluca, Mexico October 1, 2018. REUTERS/Edgard Garrido/File Photo

July 16 (Reuters) – Kansas City Southern (KSU.N), which has agreed to be taken over by Canadian National Railway Co (CNR.TO), on Friday reported a 37% jump in quarterly revenue, as a recovery from the pandemic-led downturn boosted freight volumes and fuel surcharges.

Revenue rose to $749.5 million in the second quarter, in line with the average analyst estimate of $750.08 million, according to IBES data from Refinitiv.

The smallest of the six Class 1 railroads by revenue, Kansas City’s carload volumes rose 31% in the three months ended June 30.

The loss was in part due to a $700 million break-up fee it owed to Canadian Pacific Railway Ltd (CP.TO).

Adjusted operating ratio, a key profitability metric for Wall Street, was 61.4%, compared with 65.2% a year earlier.

Reporting by Abhijith Ganapavaram in Bengaluru; Editing by Sriraj Kalluvila