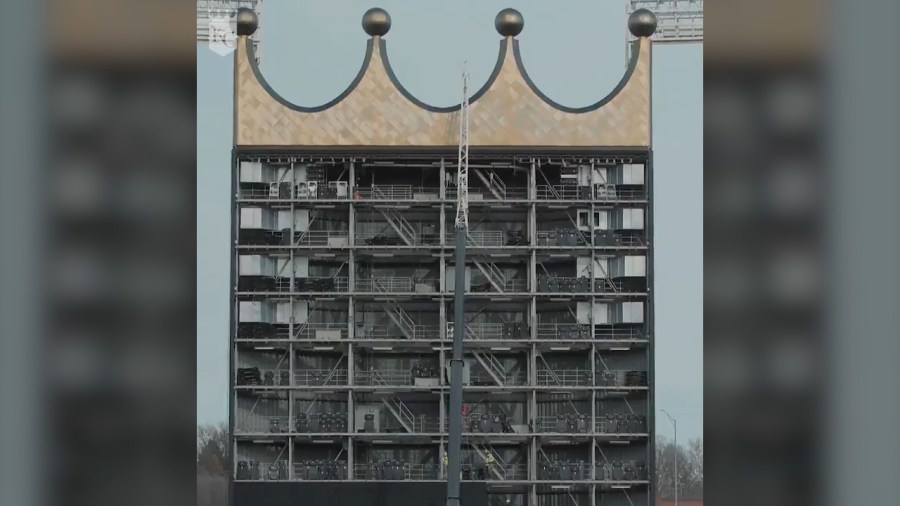 KANSAS CITY, Mo. — If you head to Kauffman Stadium this spring, you might notice something different when you look into the outfield.

This offseason the Royals made a major upgrade to their Crown Vision video board, converting it to high dynamic range imaging. That makes it the tallest HDR video board in baseball.

The team also improved the outfield fence display as well as adding a new board in left field that will cover the entire wall of the Royals Hall of Fame.

Now that all the work is complete, the Royals are showing it off in a new timelapse video. It shows the project from its beginning in November 2020 to the finishing touches in March 2021. Work even continued when the K was covered in snow this winter.

The video, shared on social media Tuesday, shows crews and a massive crane taking down all the older screens on Crown Vision one by one. When the last screen went up, a Royals flag was attached to it as it got hauled up.

The timelapse shows off the other outfield display work, too, and finishes with a shot of Crown Vision displaying the Royals’ slogan this year: “Together Royal.”

On the new Crown Vision display, pixels have increased by 138%, allowing the human eye to see over a billion colors and allowing for more contrast and a clearer picture. The previous HD Crown Vision board debuted before the 2008 season.

The Royals Hall of Fame board is now five times taller than it was before.