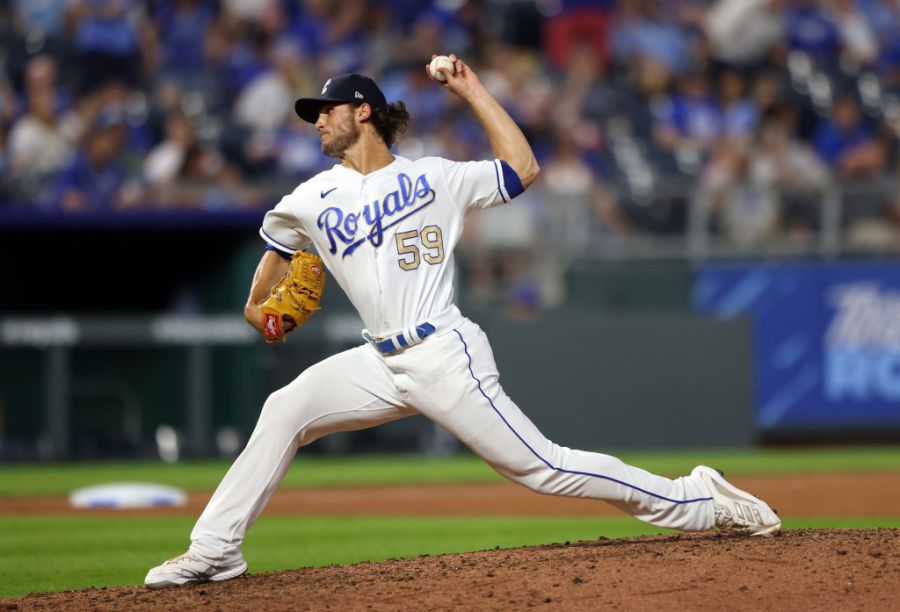 Brentz popped the question in front of the Still Point Ballerina water sculpture near the Ritz-Carlton St. Louis

“3 years ago I met my best friend and love of my life. I can’t imagine living life without you. Let’s get married babyyyy” Brentz wrote on his Instagram caption.

His fiancé wrote, “Every night before I go to sleep I say 10 things that I’m grateful for, and every night Jake is number one. I’m not sure what I did to deserve a guy like him but he’s stuck with me now!”

Brentz was drafted by the Toronto Blue Jays in 2013 and joined the Royals in 2019 following stints with the Seattle Mariners and Pittsburgh Pirates.

His contract was selected by Kansas City to the 40-man roster in April and he debuted in April 3, 2021 against the Texas Rangers.