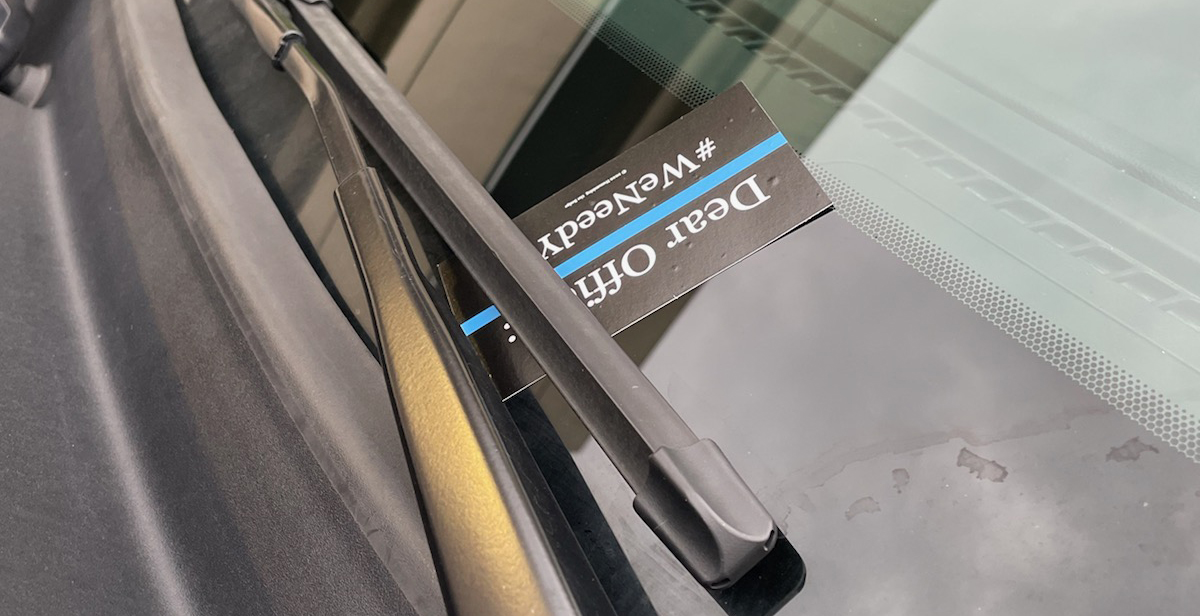 KCPD tweeted the officer found a business card on her patrol that said “Dear Officer: #WeNeedYou

“We Blue heart you, too, KC! One of our officers found this on her patrol car this morning.”

The card is from a nonprofit organization called “Humanizing the Badge.” According to its website, the group’s mission is to help forge strong relationships between law enforcement officers and the communities they serve.

People can purchase the 2 x 3.5 inch cards for $5 in sets of 50 to share with officers in their community.

“We are giving the “silent majority” something to say,” the group states on its website.

With the new ordinances, 20% of the city’s general revenue would still go to the Kansas City Police Department, which is required by the Missouri Legislature.

The mayor’s office said anything over that 20% would go to a new Community Services and Prevention Fund.

The police department could make requests from that funding, but the City Manager and Board of Police Commissioners would need to approve those requests.

Lucas has faced a surge of criticism over the reallocation of funds from the KCPD budget.

Lucas said reallocating is very different from defunding, and those who say otherwise are purposely spreading misinformation.

Missouri Governor Mike Parson’s office released a statement saying “Governor Parson believes in law and order, which means there must be brave men and women in uniform willing to enforce the law and protect victims. It is imperative that communities support our law enforcement officers who risk their lives daily to keep Missourians safe. As violent crime continues to be a problem in Kansas City, any effort to defund the police is dangerous and irresponsible.”

KCPD Chief Rick Smith said the police department was also not consulted about the new proposals.

“The Mayor and the other sponsoring council members have not previously mentioned this proposal, so our discussions about it are just beginning,” Smith said in a statement released Thursday.