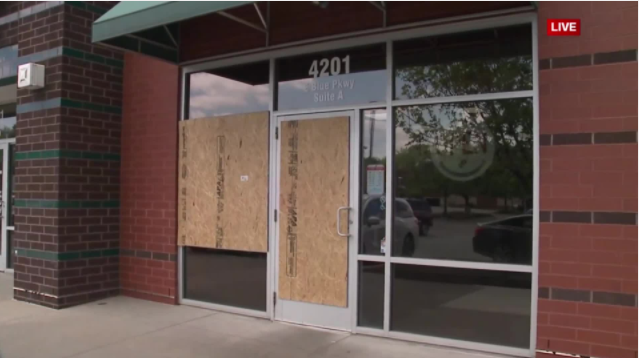 KANSAS CITY, Mo. — Detectives work to find the gunman who shot and killed a man outside of a Kansas City business Wednesday night.

Police were called to the shooting just before 9:30 p.m. at a shopping center in the 4200 block of Blue Parkway. When they arrived, they found a man in the parking lot who had been shot. He later died at the hospital.

Signs of the shooting still plagued the businesses in the shopping center along Blue Parkway Thursday morning.

Now boarded up, bullets from the shooting broke the front door and a window of a business. A car parked in the parking lot was also damaged in the shooting. It looked like a bullet went in a window behind the driver and exited on passenger side of the car.

Investigators said it appeared a fight started inside one of the businesses there. Multiple shots were fired.

Police said they are trying to find people who witnessed the shooting. They ask anyone with information to call the homicide unit directly or the TIPS hotline at 816-474-TIPS(8477). There is a reward of up to $25,000 for information in this case.