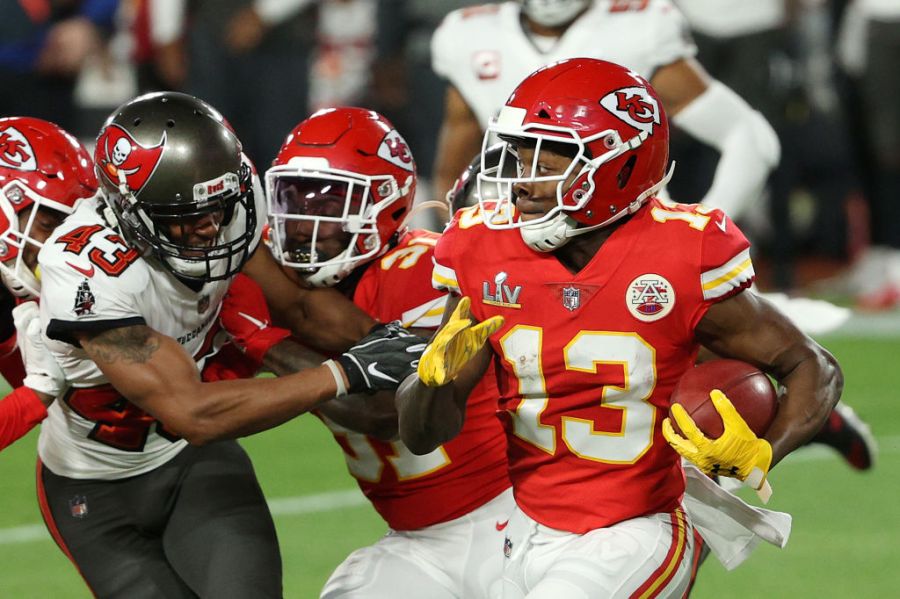 The Kansas State speedster has made an impact on special teams where he has been the most reliable kickoff returner for the team.

Pringle averaged 32.4 yards per return which would have been the best in the NFL, but he did not meet the required qualifications to be ranked.

As a receiver, Pringle brought in 13 of his 17 targets in 2020 and caught one touchdown.

General Manager Brett Veach has expressed how happy they are with his development in the NFL.

“I was talking to [Chiefs wide receiver coach Greg Lewis] about that, I was like, ‘Man, y’all need to start giving Pringle some more chances,’” Hill said. “Here’s a guy, he doesn’t complain about his job, he comes in and works. Whatever you gotta tell him to do, he does it. He is still the same guy. He’s always laughing and he’s always smiling. You couldn’t ask more from a teammate”

The original round tender is $2.183 million. A team would have to offer more than the tender amount to lure the restricted free agent away from the team.

The Chiefs would then have the opportunity to match the offer to keep him in Kansas City.