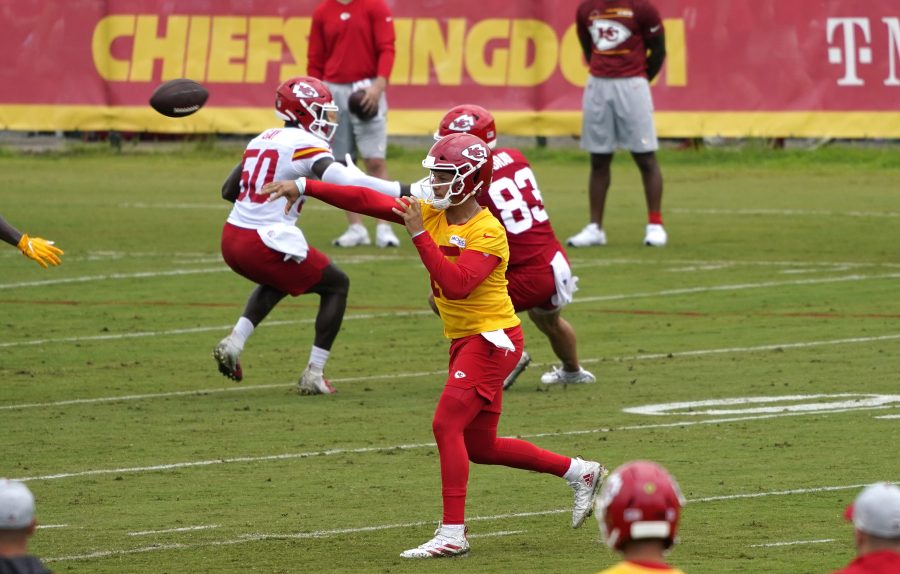 KANSAS CITY, Mo. — Thursday was the final day of training camp practice before the Kansas City Chiefs have their first 2021 preseason game against the San Francisco 49ers.

When the focus wasn’t on Zarda BBQ’s annual trip to camp, the Chiefs were talking strategy for Saturday’s game. Although it won’t count toward their season record, it will be the team’s first game since their crushing defeat to the Tampa Bay Buccaneers in Super Bowl LV.

Since that day in early February, the Chiefs have revamped their offensive line that failed to hold up in the biggest game of the year and brought in a slew of other new players.

On Saturday, the team will see if their offseason changes and work paid off.

After Thursday’s practice, Chiefs head coach Andy Reid said the starters will play in the first quarter, the second string will play in the second quarter and so on. So fans can expect to see stars like quarterback Patrick Mahomes, tight end Travis Kelce and safety Tyrann Mathieu at the top of the game.

From the starters to the rookies, the Chiefs are hoping for strong communication and to see players step up and make plays.

Of course they’d always like to score, but Mahomes said he’d consider the game a success with good “communication, the procedures, the in-and-out of the huddle with so many new guys, especially on that offensive line — I think that’d be a win for me just throughout this first game.”

And the Chiefs haven’t just been working on communication among the young players. Even Pro Bowl tackle Orlando Brown, who’s already taking a leadership role after the Chiefs traded for him this offseason, is focused on building a strong dynamic on his new team.

Mahomes said Brown is always trying different things and constantly communicating to see how the offensive line works best. While they want the preseason to go well, they’ve also got their eyes on the regular season.

“We try to find that right spot, so that when we go into the season, we’re ready to roll,” Mahomes said.

“You want to see the young guys step up and make plays,” he said.

After all, there’s a lot on the line for young players hoping to make the roster. Reid said they’ll make cuts every Tuesday until the final 53-man roster deadline on Aug. 31.

Hear more from Reid, Mahomes and Mathieu on