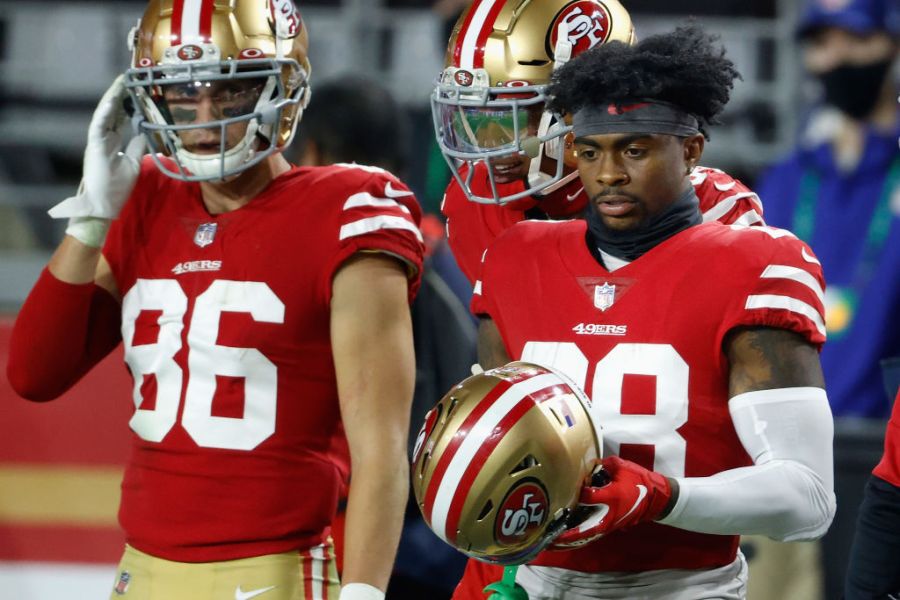 KANSAS CITY, Mo. — As the 2021 NFL Draft continue, the Kansas City Chiefs continue to make moves on their roster.

According to reports, the Chiefs have signed free agent running back Jerick McKinnon.

The former Georgia Southern running back was drafted in the third round of the 2014 NFL Draft by the Minnesota Vikings.

After four seasons in Minnesota, McKinnon signed with the San Francisco 49ers in 2018.

Before the 2018 season, he tore his ACL during practice before the start of the season. In 2019, he suffered a setback to his knee injury and was place on injured reserve and missed the season.

He returned to game action in 2020 and ended the season with 81 carries, 319 yards and 5 rushing touchdowns.

McKinnon has also been a a factor catching the ball out of the backfield, totaling 175 catches in his career for 1,237 yards and 6 touchdowns.

In the 2014 combine, McKinnon recorded a 40-yard dash time of 4.41 seconds. His speed also gave him opportunities as a kick returner.