Kansas City Chiefs head to 49ers, ready to shake off some rust 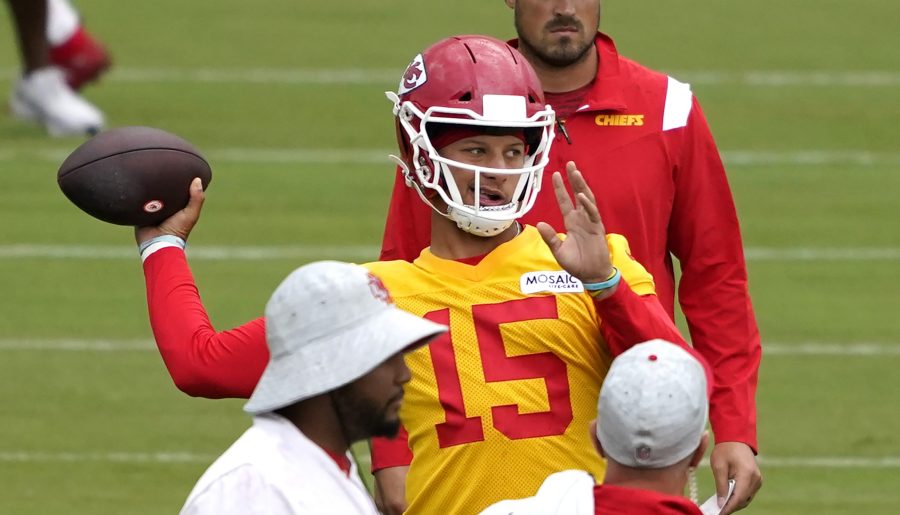 ST. JOSEPH, Mo. — With only a few practices remaining before breaking training camp, the Kansas City Chiefs take a business trip on Saturday to visit the San Francisco 49ers.

For quarterback Patrick Mahomes, the results in this first preseason outing matter less than the process.

“You always like a score, but at the end of the day, I think if the communication, the procedures of in and out of the huddle with so many new guys, especially on that offensive line, I think that would be a win for me just throughout this first game,” Mahomes said.

The Chiefs expect to start five new faces on the line protecting Mahomes against the 49ers, starting with left tackle Orlando Brown Jr., who arrived during the offseason via a trade with Baltimore. Free-agent acquisition Joe Thuney at left guard headlines the rest of the group rounded out by three rookies: center Creed Humphrey, right guard Trey Smith and right tackle Lucas Niang.

Offensive coordinator Eric Bieniemy he has been pleased with the communication he’s seen.

“I think more than anything it’s just watching those guys gel together as a unit,” Bieniemy said. “Those guys are giving us some good looks upfront. Those guys are working together. I’m looking forward for them to continue the improvement.”

Brown has drawn the most scrutiny during training camp. Coach Andy Reid said he has been pleased with the 25-year-old lineman, who earned two Pro Bowl nods while primarily playing right tackle with the Ravens.

“He’s working through everything and getting better,” Reid said. “It seems like he has pretty good communication right there with Thuney. They seem to be doing a decent job.”

Mahomes said he and Brown have been working on building a connection during training camp, learning each other’s tendencies and how best to mesh blocking sets and walking defenders around the pocket where Mahomes wants to work.

“A lot of times you’re on an island out there (at left tackle),” Mahomes said. “You’re going up against usually the defense’s best pass rusher, and for him, he’s trying different stuff, seeing how I’ll like it. We communicate, you see us communicating on the sideline. We try to find that right spot so that we go into the season we’re ready to roll.”

The philosophy on the defensive side of the ball for the first game is similar for coordinator Steve Spagnuolo.

“You go out to these first games and everybody is doing what I call block tackling, which I don’t like,” Spagnuolo said. “It’s like a swear word. To me, I’m going to be really looking for that, and I’m going to be looking for the operation between whistle and snap. Not snap to whistle as much – I mean, coaches will take care of that – but I’m looking for operation and how guys function.”

“Obviously you want to see the young guys kind of step up, make plays,” Mathieu said. “I think the most important thing you want to be able to communicate. You want to have sound communication. Obviously, you don’t want any mental errors.”

With only three preseason games this season, that also means fewer snaps for players on the roster bubble. Special teams coordinator Dave Toub is grateful preseason games returned this year to help evaluate young talent, especially with the first roster reduction from 90 players to 85 on Tuesday.

“We had to release guys last year that we never really knew if they could play or not,” Toub said. “It’s unfortunate. This year with the preseason games, that’s the only time that we really get to evaluate guys on teams. We don’t do anything live out here in practice, so we find out if guys can cover, if they can block, they can tackle out here during preseason games.”

Mathieu said he tells his younger teammates striving to win jobs to simply play hard as they can while setting aside the pressure.

“Like I tell them all, it’s the same game they’ve been playing since most of them were 5 years old,” Mathieu said. “Just go out there, have fun, understand your responsibilities but just let it loose. Let the world know who you are.”