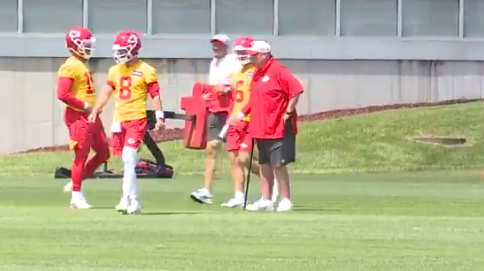 FOX4’s Harold Kuntz tweeted video of Big Red using the cane as he interacted with quarterback Patrick Mahomes and other players during practice.

When asked about it after practice, Coach Reid didn’t elaborate much.

The head coach seemed much more excited to talk about the team and what he’s seen during mini-camp than his ailment.

Reid did have a knee replacement in 2015. After the 2015-2016 season, Reid said the knee had to be removed and replaced because of an infection.