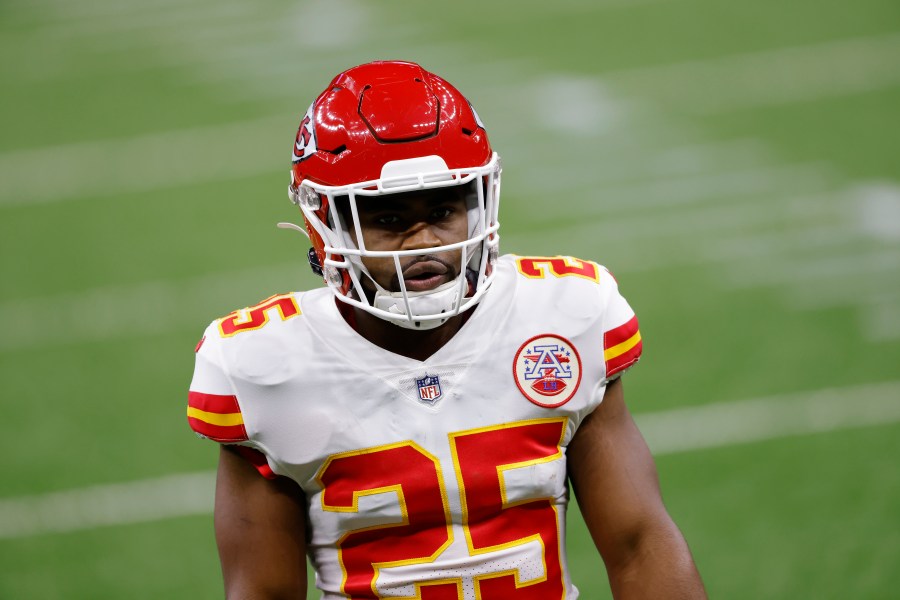 “I miss football. I feel like that’s the biggest thing,” the Kansas City Chiefs running back said. “Having OTAs, everybody is kind of one way or the other, but just to be out there with the guys, this is what I do for a living. This is where I get my joy.”


‘I waited my time’: Chris Jones ready to take on new position on edge of Chiefs’ defensive line

CEH said he did benefit from all the Zooms during last season and wasn’t behind on the playbook, but he felt he might have been behind with pre-snap reads and involvement in the passing offense.

“There are things we’re implementing to get the ball to the back and just get the ball spread out more. So that was one of the things on why I chose to work on my hands and just be more of a threat,” he said.

“It was seen that I can run the ball between the tackles, outside. That was kind of seen, so just being able to also get out, and not just routes out of the backfield but also spread out in the slot position and also the outside wideout position. So just being able to expand my skill set was my thing.”


Fans can return to Chiefs training camp, but don’t expect a photo or autograph

With a lot of changes coming to the league from his rookie year to this year, Edwards-Helaire is already focused on what he can improve on.

“Mainly I would just say composure,” he said. “Everybody can watch film and just see what they see, but only you know how you feel in that helmet and feel on the field. So it’s going to be different. We’re going to have fans. Different as far as switching plays, calling audibles, everything. It’s just going to be different.”

He’s getting more help with former wide receivers coach Greg Lewis, who’s now switched to running backs coach. Edwards-Helaire only had 297 yards receiving last season. He’s hoping that, with more familiarity with the offense and the personnel, he can get more.