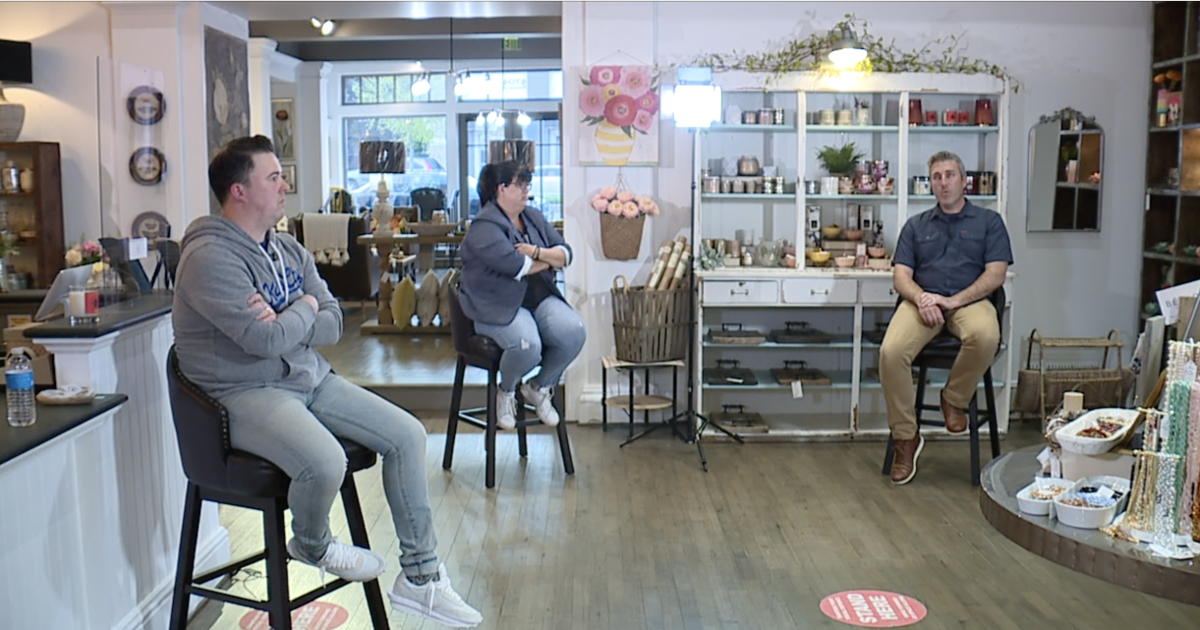 One of the groups affected by the protests were Country Club Plaza business owners. Many of the protests took place on the Plaza and some nights, rioters separate from peaceful protesters broke windows on some store fronts.

As part of our series “9:29 – The Minutes That Moved Kansas City,” 41 Action News anchor Dia Wall sat down with three business owners to talk about what it was like during the protests.

RE: Owner Chrysalyn Huff said when she first heard about what happened to George Floyd, she knew “it was a breaking point.” Huff boarded up her store, but it wasn’t an easy choice.

“We were told that because we have so many windows that it was probably best that we board up. So we did. We did it ourselves, but I just, I hated it,” Huff said.

“Why is it so emotional for you?” Wall asked.

“Because I don’t care about my windows,” Huff said.

Across West 47th Street, Made in KC was also boarded up.

“Keith, I want to come to you. We actually came to your store because you boarded up. But the front of Made in KC was plastered with signs in support of the protesters,” Wall said.

Huff agreed the protests surpassed Kansas City and, frankly, many other difficult circumstances of 2020.

“We all, I’m sure, can agree that nothing that we went through or were going through during COVID, all of the things, none of that matters compared to the oppression or the 400 years of awful things, you know? That one moment was just another breaking point,” Huff said to the assembled group.

She said the protests represent the first time many white people have probably “felt that breaking in a way we had never felt before. I don’t think that’s a bad thing.”

“To add to that, the windows, anything that happened to the store, was inconsequential to what was going on. Like Chrissy said, nothing really mattered other than seeing the bigger picture,” McAnulty said.

Wall asked the group about the hardest thing they’d learned over the last year from the protests, and what the most beautiful thing is they’ve seen come out of it.

McAnulty said for him, the hardest thing was learning about white privilege.

“It’s not that white people don’t struggle. The American dream is tough and hard and a long road and building a business is not easy to do — but we don’t have that obstacle of the color of our skin,” McAnulty said.

Bradley said it’s been beautiful seeing businesses and people — including Made in KC — use their platforms for change.

“Some of the beautiful things that came out of that are we are seeing and have seen that people can change and even as a company we can change and evolve and grow. We all have a platform and a voice that we can use for change,” Bradley said.

This story is part of 9:29 — The Minutes That Moved Kansas City, a KCUR 89.3 and 41 Action News collaboration about the legacy of George Floyd.