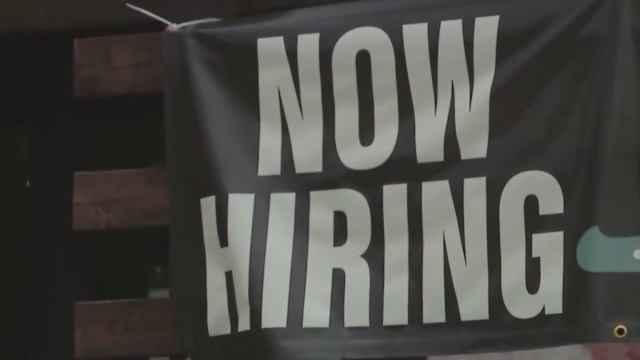 INDEPENDENCE, Mo. – There’s no shortage of job opportunities in Kansas City and across the U.S. on this Labor Day, especially in the hospitality and restaurant industry.

While many people enjoyed the holiday off, others were working over-time and on over-drive because of staffing shortages.

On Monday, general manager David Melhorn did what he called “working the dance floor,” checking on customers throughout Los Cabos Mexican restaurant in Independence.

It’s not a party though unless there’s people. He said they’ve got the customers, but the employee count is down by about 20%.

“The guests, we have them coming in. We just need the people to take care of them,” Melhorn said, “and that’s the issue. Sometimes we have to go on a little bit more of a wait than they would expect normally, so we can give them the service that they expect from Los Cabos.”

Normally, the restaurant needs 15 waiters and three hosts, and busy season and cooler weather are right around the corner, making the cabana a prime spot.

“That seats 150 people, and right now, we’ve only been able to service maybe 10-15,” Melhorn said. “So that’s been a struggle for us and how to have balance.”

Despite competitive pay and added incentives, Melhorn said they’re missing opportunities due to staffing issues. Now students have gone back to college for the year, causing another dip in helping hands.

“We are struggling more now than we have before,” Melhorn said.

You can find a QR code to apply while checking out at Hy-Vee. They’re seeing a lot of open positions, too.

Appeal is the name of the game in the labor pool. The grocery chain got creative, and now offers a flexible job opportunity.

Hy-Vee sent a statement to FOX4 that says, in part:

“Additionally, we have created a new flex worker position in our stores to help with our growing online shopping services, stocking, and bagging. Flex workers have the ability to choose their own shifts which allows them to balance their schedules and still provides all the great benefits Hy-Vee has to offer. We are looking to hire 10,000 flex workers throughout our eight-state region.”

Hy-Vee has already hired 650 flex workers in the Kansas City market and is looking to hire 600 more in that position. That ‘s on top of the part-time and full-time positions available.

There’s been a domino effect with vendors having difficulty getting them equipment and product.

“We’re buying the parts online, and we’ve become mechanics now. And we’re refurbishing our own equipment because we can’t get it,” Melhorn said. “And that goes down to the food, too. There’s been times we’ve been out of certain products that our vendor can’t get a hold of, and of course, they’re a nationwide company.”

Even with the large number of open positions across the nation, job creation in August did not meet economists predictions. They expected close to 500,000 more new hired than they actually saw, according to a recent job report by the Labor Department.

The unemployment rate went higher, as hospitality jobs flattened for the first time in six months.