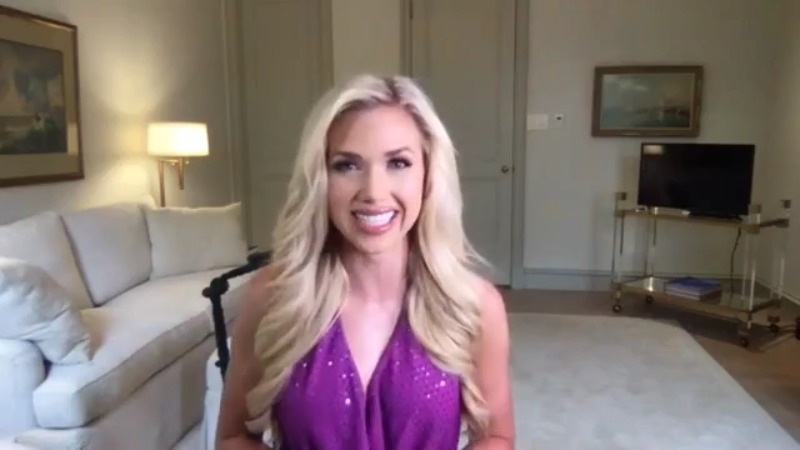 KANSAS CITY, Mo. — You may know Gracie Hunt as the daughter of Kansas City Chiefs owner Clark Hunt and the granddaughter of Lamar Hunt, founder of the Chiefs and the man who helped shape the NFL into what it is today.

“It’s such a joy to grow up on sidelines surrounded by people who I’ve looked up to,” Gracie Hunt told FOX4. “I love sports because they bring people together and promote a culture of inclusivity and is truly what I see as the modern day American dream.”

Sports will always be a big part of Hunt’s life, but right now she’s competing in pageants. This weekend she’ll be on the stage, vying for the Miss Kansas crown.

But even though Gracie’s mother, Tavia Hunt, was crowned Miss Missouri Teen in 1990 and Miss Kansas in 1993, she wasn’t really interested in pageantry until a few years ago.

“I never watched the competitions growing up because we were very traditional sports focus. I got my fourth serious concussion, which ended my soccer career. That was a really difficult thing for someone who wanted to play in college,” Hunt said. “When you lose that, suddenly you have to decide, ‘Who am I outside of this?’”

The University of Kansas student is also active around the metro. She recently helped launch “Chiefs Fit” — a Chiefs-themed fitness center in Overland Park, set to open at the end of May, according to the gym’s Instagram page.

“As a former athlete, as someone who has their nutrition accreditation and who has suffered from celiac disease my entire life, I’ve known what it feels like to feel bad and to not know why,” Hunt said. “To be able to be in person again and pursue a fitness journey, inspiring other people, encouraging other people to get up and just be active.”

If you take a look at the 22-year-old’s Instagram page, it’s obvious she’s passionate about fitness and also the Special Olympics, where she’s an ambassador.

She’d eventually like to see a flag football partnership between Special Olympics and the NFL.

“Sports are about breaking barriers, and I want individuals, no matter your level of ability, to feel included and valued, and I think the Super Bowl would be the ultimate celebration of that,” Hunt said.

Hunt’s last name might be one of the most well known in the sports world, but she’s determined to carve her own path.