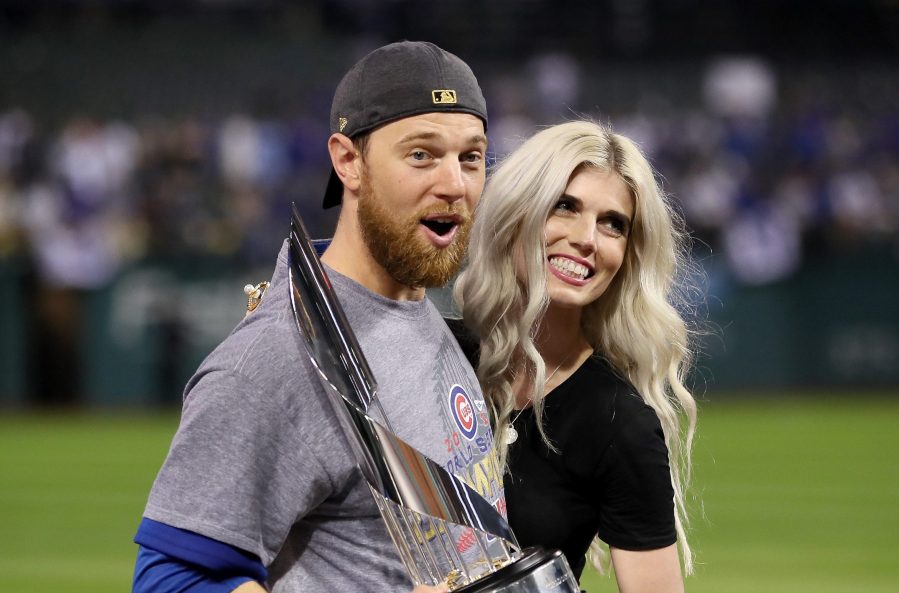 CHICAGO — Former Kansas City Royals star Ben Zobrist claims his wife was having an affair with their pastor, according to court documents.

According the Peoria Journal Star, the 40-year-old former World Series MVP made those accusations in a lawsuit filed in a Tennessee circuit court in May.

Zobrist also accused the pastor, identified as Bryon Yawn, of defrauding his charity foundation. He is seeking $6 million in damages from Yawn, the CEO of a Nashville-area business-consulting firm, according to the newspaper.


‘I was horrified’: Woman discovers $1B in her Chase bank account

Yawn is a former pastor at Community Bible Church in Nashville, where the Zobrists began attending church in 2005.

Zobrist and Julianna were married in 2005 and have three children.

Ben Zobrist paused his 2019 season with the Chicago Cubs for about four months as he and 36-year-old Julianna Zobrist, a contemporary-Christian singer, addressed their marital problems.

The lawsuit states that Yawn used his relationship with Ben to “assume a leadership position with Plaintiff’s charity, Patriot Forward, to his own personal benefit.”

Yawn began charging hourly rates then proposed a yearly salary of $36,000, according to the lawsuit. It states that he allegedly used the position to get close to Julianna Zobrist as they worked on the charity’s social media presence.

Ben Zobrist is suing for compensatory and punitive damages in response to missing part of the 2019 baseball season.


Download the FOX4KC news app on iPhone and Android