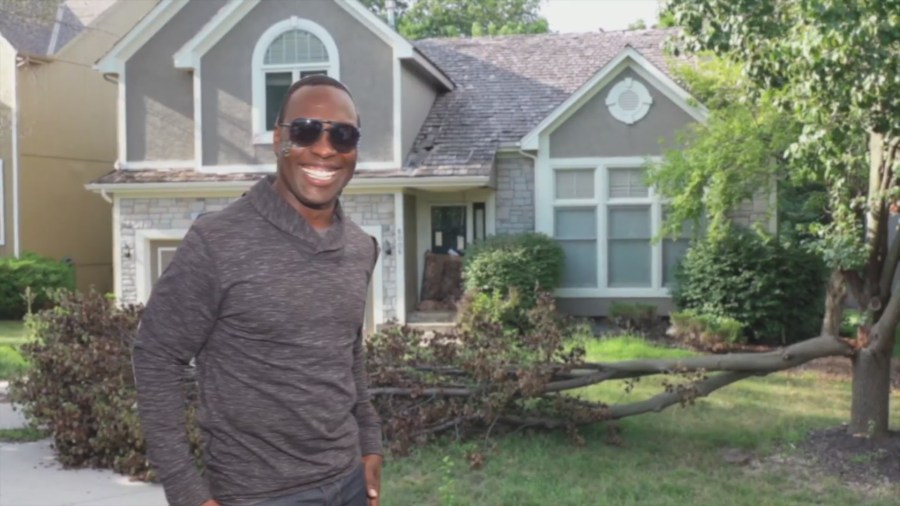 OVERLAND PARK, Kan. — A dilapidated house owned by a former Kansas City Chiefs player has finally been sold in a foreclosure sale after years of complaints from neighbors.

Problem Solvers first reported on problems with the house at 8006 W. 121st Terrace two years ago.

At that time, there were multiple holes in the roof and a family of raccoons appeared to be living inside, among other things. Plus the backyard deck was falling apart, and the yard was overgrown.

The home is owned by Tony Richardson, an NFL running back, known affectionately as T-Rich by fans. Richardson hadn’t lived in the home for more than a decade and was renting it out until a few years ago when the tenant left and the raccoons moved in.

Calls to Richardson from both neighbors and the city of Overland Park to fix code violations on the property were mostly ignored. In addition, Richardson owed $30,000 in back taxes on the property. (He also owed another $300,000 to the IRS.)

After our FOX4 Problem Solvers report aired, Overland Park City Councilman Faris Farissati pledged his help to the neighborhood. He made sure the city did repairs to the property, sending the bill to Richardson, to keep neighbors happy.

He and Problem Solvers also urged the county to start foreclosure proceedings since more than five years in property taxes had not been paid.

The house was sold this month in a tax sale on the courthouse steps for $278,000. That’s about $100,000 below the value of many of the neighboring houses, but those houses probably don’t have raccoons living inside.

“I don’t know who bought it, but whomever it is will have good fortune with it, I believe,” Farissati said. “It’s a good neighborhood.”

As for Richardson, he stopped returning phone calls from FOX4 Problem Solvers more than a year ago.

In other news, Kansas City landscaper John Cazzell was sentenced last month for defrauding customers at his Four Seasons Lawn and Landscape company.

After a Problem Solvers’ report on multiple homeowners who had paid Cazzell thousands of dollars for landscaping they never received, the Missouri Attorney General’s office launched an investigation.


KC landscaper behind bars after allegedly defrauding customers of over $55,000

Cazzell pled guilty to multiple felony charges. As part of his sentencing agreement, he has already paid more than $60,000 in restitution to his victims. He was ordered to serve one year on house arrest and then the next four years on probation. He’s also prevented from ever accepting money in advance from his customers.