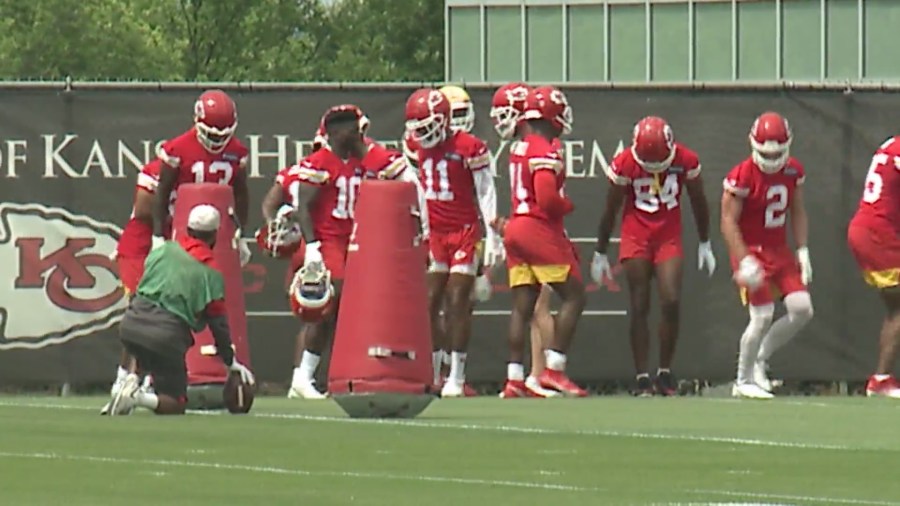 BLUE SPRINGS, Mo. — A former Blue Springs Wildcat gets a dream opportunity for play for the Chiefs.

Darrius Shepherd returns home to Kansas City for his 3rd season in the NFL.

“Yeah it’s amazing man, having friends and family in the area and having the familiarity in KC, I’m super excited to go play for the home team and it’s a dream come true,” Shepherd said.

Shepherd is about to do what he dreamed he would do when he was breaking off long runs at Blue Springs High School; donning the home town red and gold.

“That’s one team I rooted for was the Chiefs coming up.  Some of my favorite players were Dante Hall, Eric Berry, amongst other guys,” Shepherd said. “Die hard Chiefs fan until 2019 when I became a Packer, put them away for 2 years and now I’m back as a player it’s incredible.”

The former North Dakota Bison was signed by the Packers after being undrafted and contributed on special teams with Green Bay.

After a mini camp try out, the Chiefs made a spot for the former Blue Springs Wildcat to return home. He’s ready to learn from Andy Reid and Eric Bieniemy.

“Both those guys are so talented, I mean you watch them play, so many defenses, trying to do all these different things and they have an answer every game,” Shepherd said. “It’s going to be really cool.”

As a receiver, you’ve got to be excited to play with Patrick Mahomes, even after coming from Aaron Rodgers.

“I’m going to go in and try to be a sponge and learn as much as I can,” Shepherd said. “Take what I learned from A-Rod to apply to Pat, because they have similarities in their game to play with these legends.”

Yes, he’s already putting Mahomes in the legend category. Shepherd just wants to be part of a legendary story to come from Blue Springs to helping the Chiefs win.

“Watching as a fan, it’s something you want to be a part of, couldn’t ask for much more,” Shepherd said. “I’m excited to help contribute to that.”