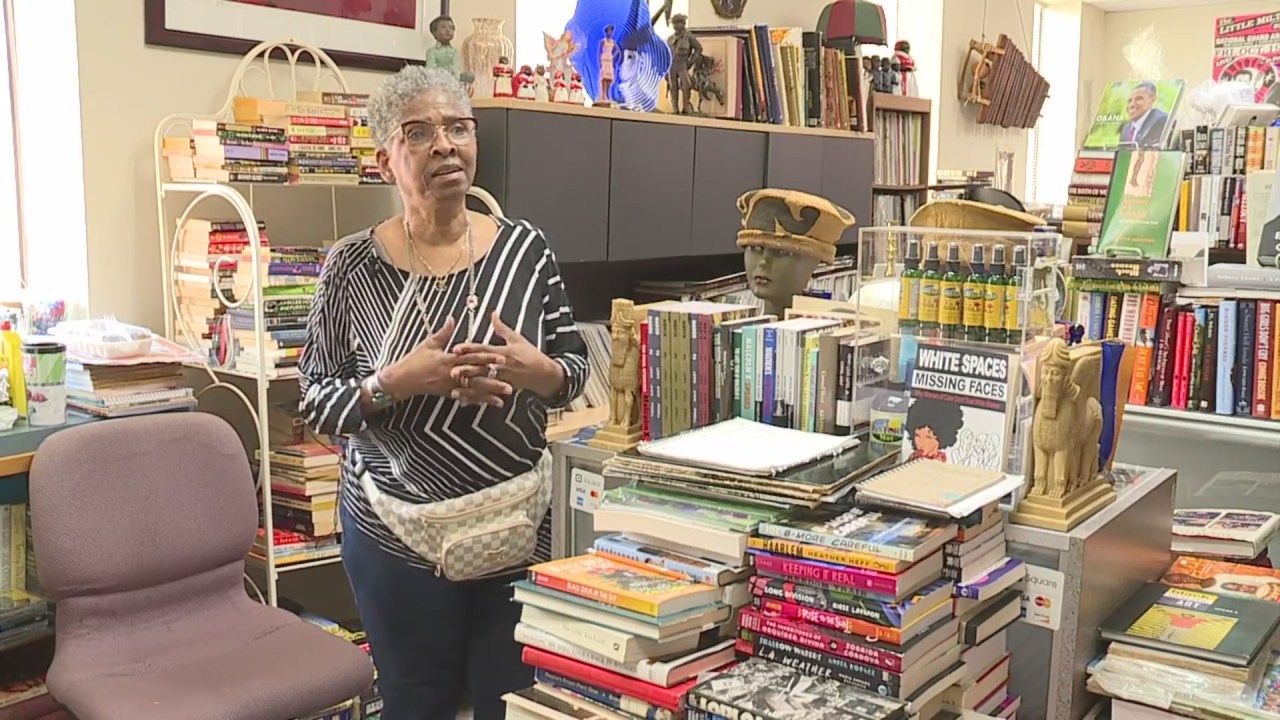 KANSAS CITY, Mo. — The community is rallying behind the only brick and mortar Black-owned bookstore in Kansas City.

Willa’s Books and Vinyl has been a staple in Kansas City for 14 years and a hub for a collection of Black authors, history, culture and vintage vinyl records.

“I never really thought about having a bookstore. I was a book collector. I collected books,” owner Willa Robinson said. “I started reading comic books. That’s how I became a good reader. I loved comic books, Superman and all of that kind of stuff.”

In 2007, Robinson opened the bookstore at a storefront on Troost Avenue. She moved to the current site located inside Location One on E. 63rd Street in 2012. The building is an incubator for over 100 Black-owned businesses.

“I like selling books about Black history. I really like to sell book about Blacks for children. I figured I’d probably work a couple more years, as long as my health held up, but having to move was not in plans,” Robinson said.

The decision to move is happening sooner than she expected.

In April, an out-of-town developer recently purchased the Location One site with plans to refurbish the building into apartments.


‘I feel disrespected’: Over 100 Black business owners in Kansas City may be forced out after owner sells building

Robinson said she was forced to start a GoFundMe to cover costs of the unexpected move.

Donors have contributed more than $10,000 in a matter of weeks.

“It was a good surprise, but it was a surprise,” Robinson said. “I feel like they see what I see, that Willa’s Books is needed in the community.”

She’s glad to see that her store and reading are still valued.

“‘Blacks don’t read.’ They say that all the time. That’s not true. We still have people who want to read, older, younger, and I like being able to provide what they want.”

Despite the warning that all tenants will have to leave, Robinson said they still have not been given an exact date.

She’s already looking for a new site and plans to move immediately. Robinson said no matter what, she won’t give up on her dream or her love for books.