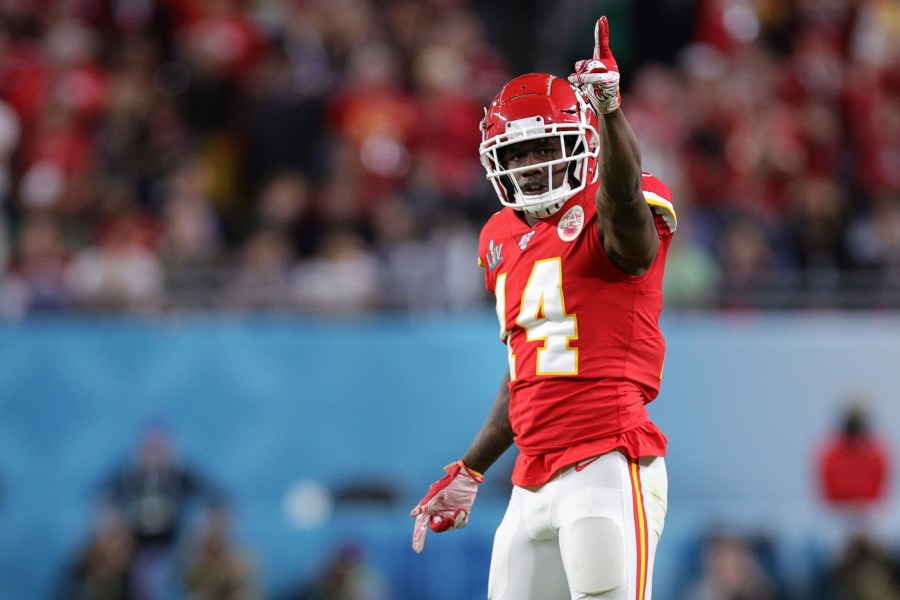 Watkins has missed 14 games in three years with Kansas City, raising questions about his durability. He came back from another injury just in time for Super Bowl LV against the Tampa Bay Buccaneers.

His best season came in 2019 when he had 52 receptions for 673 yards and three touchdowns. He also had a big role in the Chiefs’ run to their Super Bowl LIV win. Fans have dubbed him “Playoff Sammy.”

Watkins took a pay cut to remain with the Chiefs in 2020, but at $9 million, he was far from a bargain.

After playing with one NFL MVP in Patrick Mahomes, Watkins is now poised to take passes from another MVP: Ravens quarterback Lamar Jackson.

His now-former teammate Tyreek Hill was quick to respond to the news on Twitter: