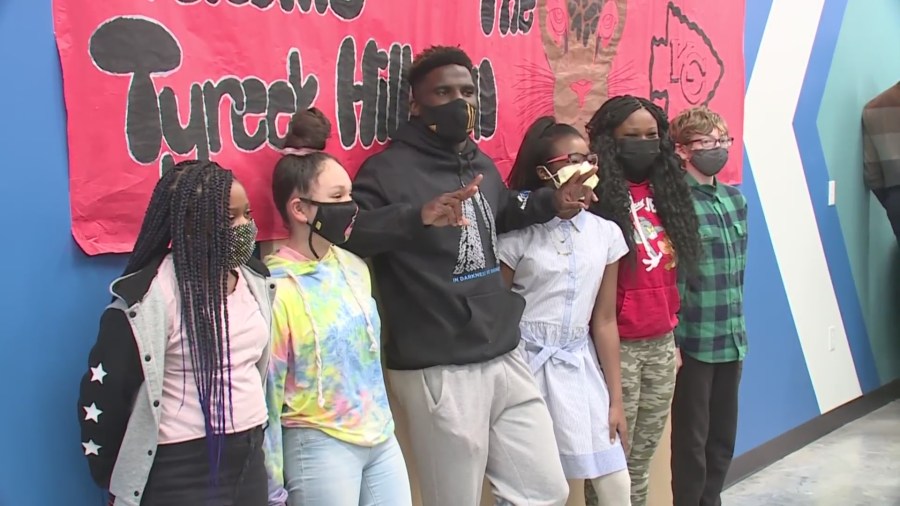 KANSAS CITY, Mo. — Alesia Washington is a big fan of Chiefs wide receiver Tyreek Hill, so imagine how the 16-year-old felt to see ‘The Cheetah’ giving her a round of applause.

She and 12-year-old Makayla Marshall will represent Kansas City in the statewide Youth of the Year competition in Jefferson City. The process involves writing essays, giving speeches and working on community service projects. Many of the winners walk away with scholarship money.

“I’m just so excited that I got this opportunity to be with him, take pictures with him, maybe even get an autograph with him,” Makayla said. “And I’m just so proud of myself, and I know everyone else is, too.”

“Tyreek Hill has been a great friend and supporter of the clubs. This is one of three times that he’s been with us this year,” Scott said.

For his part, Hill said he sees spending time with the next generation as an extension of his job.

“I feel like it’s my purpose here on this earth, obviously to play football, but given this platform, given this opportunity, you also want to inspire while you’re doing it,” Hill said.