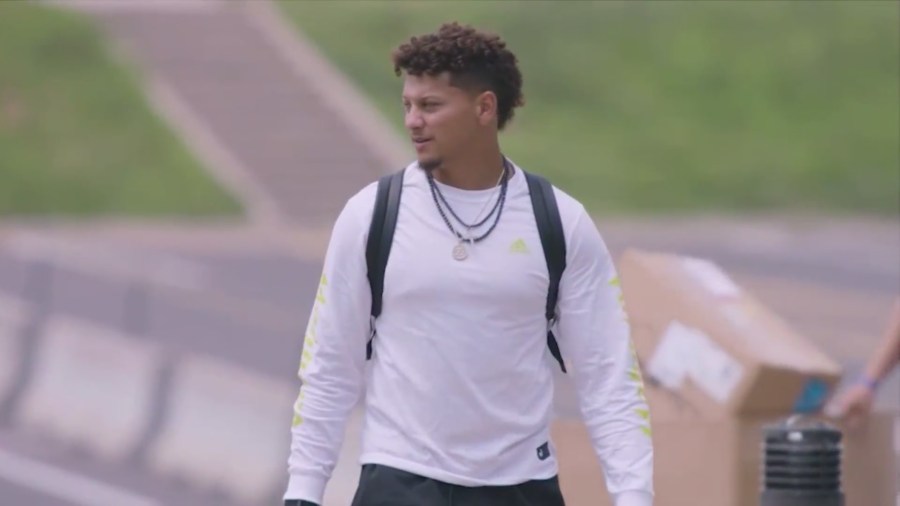 ST. JOSEPH, Mo. — After COVID-19 forced the Kansas City Chiefs to stay in KC last year with a closed camp, the camp is back in action in St. Joseph at Missouri Western State University and is expected to be a pretty big deal, despite restrictions.

Practice started this morning with rookies and quarterbacks stretching and running plays out at Missouri Western State University. The closed practice was the start of rookies chasing dreams and adjusting to the lifestyle in Chief’s Kingdom.

And the excitement is surrounding everyone.

“I’m playing with guys that I looked up to as a kid,” Offensive Guard Trey Smith said. “Seeing Travis Kelsey, Tyreek Hill, those type of guys around me… I’m excited about the opportunity to be here.”

The rookies say they’re living their dreams being at the camp.

“I don’t think there’s anywhere else I’d rather be in the country. To be able to learn under Travis Kelsey one of the best tight ends in the league.” Tight End Noah Gray said.

Quarterbacks and rookies moved into their dorm rooms at the university on Friday. The immersive training camp is designed so players can laser focus on football with no distractions. It’s a ritual that kicks off every Chiefs season.

Chiefs Head Coach Andy Reid said that the team likes to be out in St. Joseph.

“They’ve got tremendous facilities which give us an opportunity to get our work done. We’re out of the city and secluded here a bit where we can really focus on football and the challenge we have ahead,” Reid said.

There were a few changes at this year’s training camp to protect the players. There are no autographs and no pictures with the players. For security reasons, fans are limited to bringing only a small plastic bag inside the camp.

For those planning on visiting Chiefs training Camp, it’s advised that visitors be aware of heat advisories. The Chiefs have a medical tent set up with misting tents.

The full team is set to report to St. Joseph on Monday. The first practice that is open to the general public is July 29th. For those wanting to attend training camp this year, they need to order tickets online before arrival.