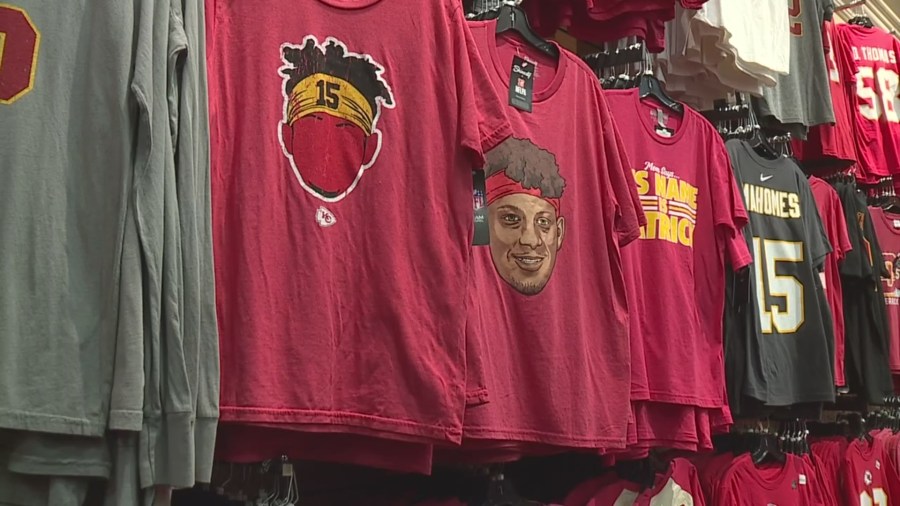 KANSAS CITY, Mo. — With the game schedule dropping for the Kansas City Chiefs, the next logical question for a fan is this: Which games might I want to go to?

And when can I get my hands on tickets?

It all starts Thursday, online of course. Starting from 8 a.m. to 10 a.m. There is the traditional early purchase period for people living in Jackson County. Then at 11 a.m. season ticket holders have their online presale.

Finally, at noon, ticket sales will be open to the public that is aware that the stadium will allow fans at full capacity, nearly 77,000.

“I’m always thinking about going to a Chiefs game. Whether it will happen or not, I don’t know. But I plan on it,” Albert Hicks, a Chiefs fan said.

“I hate being cooped up. We need to get some Chiefs fans. Chiefs!” Christina Lopez said.

Chelsea Pletke is the senior store manager at the Rally House in Oak Park where FOX4 talked to fans. She said the schedule release has a ripple effect.

“Once the schedule’s released and people start buying their single game tickets, you do see a big influx of people buying stuff that’s weather appropriate for that time in the season,” Pletke said.

“We’re pretty much ordering twice as much as we normally would just so that we get it and we have it so we’re not chasing it. Because otherwise you sell out of it and it’s so long to get it back in. It’s a real issue,” Pletke said.

“I think the fans help. I think they help motivate players. So the more the merrier in my opinion. Get that vaccination, you know?” Hicks said.

“I haven’t been in a while. I want to go but it’s too damn expensive,” Lopez said.

“What do you feel about the Packers?” Kittilstad asked.

“What about the Steelers?” Kittilstad asked.

“How about Tampa Bay?” Kittistad asked.