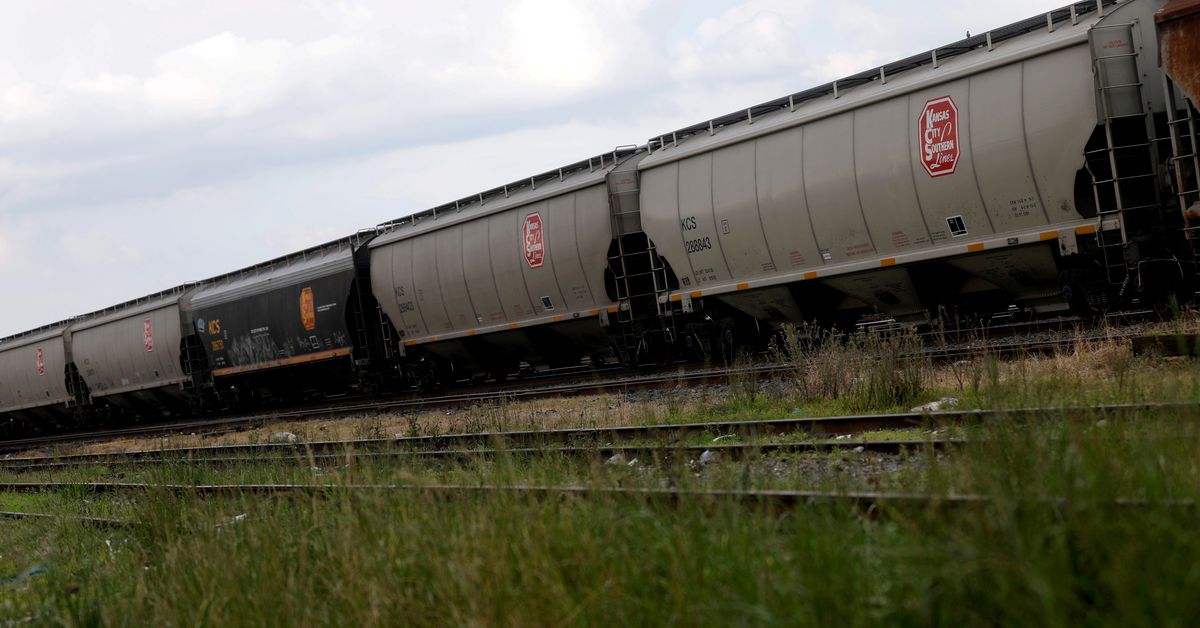 Canadian National Railway (CNR.TO) said on Wednesday it would divest Kansas City Southern’s (KSU.N) 70-mile rail line between New Orleans and Baton Rouge to eliminate the only overlap between the two railroad operators.

The line is less than 0.7% of the about 27,000 route-miles the two companies operate, the Canadian operator said.

“Our early commitment to eliminating the minimal rail overlap and to laying out the case for a CN-KCS combination should allow the STB (Surface Transportation Board) to approve our voting trust,” Canadian National Chief Executive Officer Jean-Jacques Ruest said.

“A trust is an essential step so KCS shareholders can receive the full value of their shares.”

Canadian National and Kansas City said they have together filed a renewed motion for approval of their voting trust with the STB to advance the merger deal.

The deal will create the first railway spanning the United States, Mexico and Canada, as the companies stand to benefit from a recent pick up in trade.