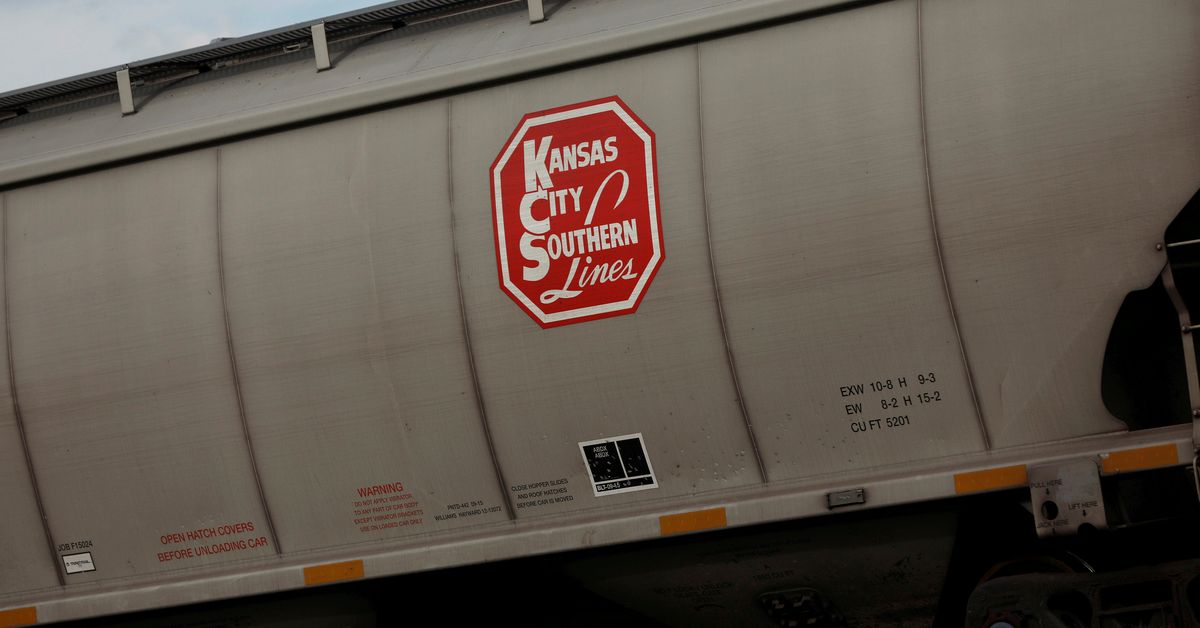 Canadian National (CNR.TO) said on Tuesday it had offered to buy Kansas City Southern (KSU.N) railroad for about $30 billion, sending shares in the U.S. company soaring on expectations of a bidding war with Canadian Pacific (CP.TO).

Canadian Pacific had agreed a buyout with Kansas City Southern worth closer to $25 billion last month. Either combination would create the largest North American railways, spanning the United States, Mexico and Canada, by transaction value.

The offers come amid a recovery in supply chains that were disrupted by the COVID-19 pandemic, and follow the ratification of the US-Mexico-Canada Agreement last year that removed the threat of trade tensions which had escalated under former U.S. President Donald Trump.

Canadian National’s offer of $325 per share is at a premium of 26.8% to Kansas City Southern’s Monday close, prompting some analysts to say that it overvalued the company.

“We are surprised by this move given the healthy valuation Canadian Pacific had already offered to Kansas City Southern shareholders,” Stephens analyst Justin Long wrote in a note.

Investor reactions to Canadian National’s bid were mixed, with some expressing worries about the company’s overlapping network with Kansas City Southern.

Chilton Investment Co, which has a less than 1% stake in Kansas City Southern, said it preferred a deal with Canadian Pacific because of less regulatory hangups.

Bill Gates’ Cascade Investment, which is Canadian National’s biggest investor with a 14.25% stake, said it fully supports the combination.

Canadian National said its offer does not require shareholder approval, eliminating a condition in Canadian Pacific’s offer, and thereby providing greater certainty for a close.