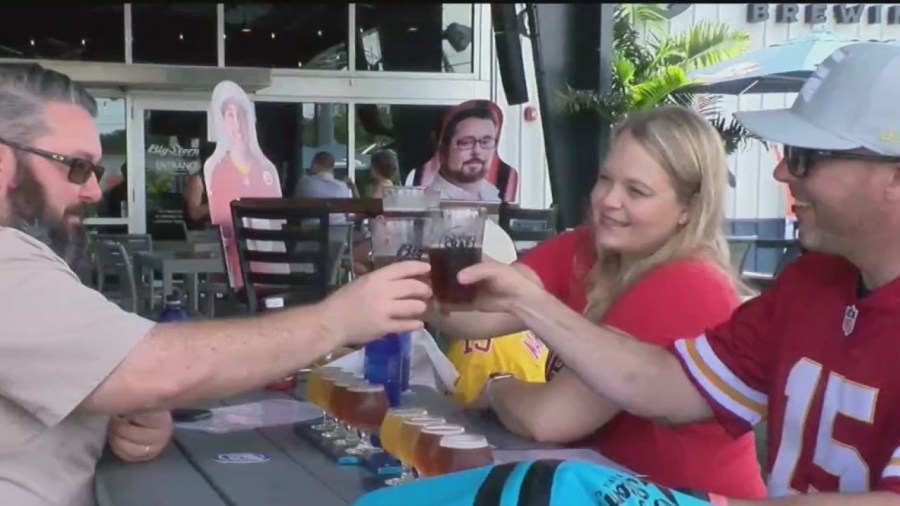 TAMPA, Fla. — We now have a happy ending to the story of the local brewery owner whose viral quest to find the man behind a cardboard cutout touched the hearts of football fans around the globe.

LJ Govoni, the co-owner of Big Storm Brewing in Clearwater, Florida, was at Raymond James Stadium for the Super Bowl and sat next to a cardboard cutout that he affectionately named “Frank.”

During the game, Govoni tweeted pictures with “Frank’s” cutout and asked for help in identifying the mystery Chiefs fan, telling his Twitter followers he wanted to fly him to Tampa and “show him all the great things about our community that he missed.”

“Frank” was found a few days later. Turns out, his real name is Clayton Whipple, and he’s a Chiefs fan who lives in Iowa.

After hearing about their whirlwind friendship, Allegiant Airlines offered Whipple and his family free airfare, and after weeks of waiting, the family flew into St. Petersburg on Friday, sister station WFLA reports.

The next day, they went to Big Storm Brewing for free beers and a big event with cheerleaders, a high school marching band and local luminaries.