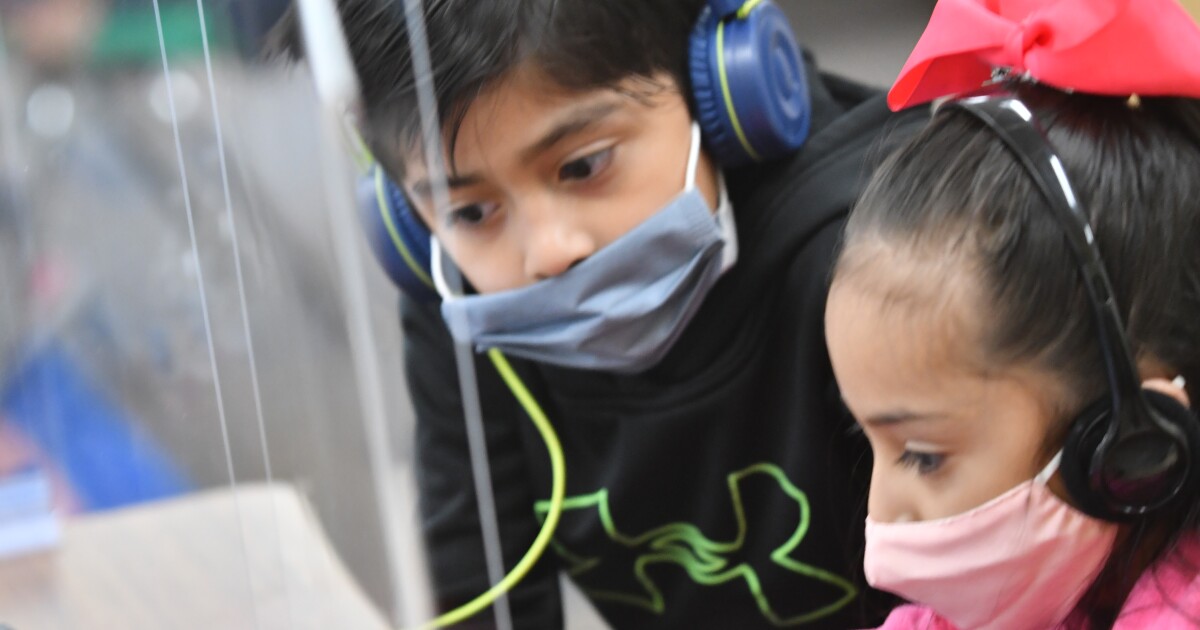 Local jurisdictions and businesses are considering new health orders as COVID-19 continues to surge and overwhelm the region’s hospitals.

Local governments have been slow to adopt mask orders after Kansas City reinstated its mandate on Aug. 2. But with teachers and students preparing to return to the classroom, school districts are implementing their own requirements.

Kansas City Mayor Quinton Lucas spoke in support of the trend on Thursday after several districts announced they’d be requiring masks when school starts this fall.

“Always proud to get the ball rolling. Glad to see public health prevailing around our region,” Lucas wrote on Twitter.

A string of local establishments announced that they’d be requiring proof of vaccination after Kansas City reimplemented its mask mandate.

Here’s a look at which local cities, counties, school districts and businesses have adopted mask and vaccine requirements.

Kansas City led the region by reissuing a mask mandate requiring anyone over the age of 5 to wear masks indoors in public venues, regardless of whether they’ve been vaccinated.

The emergency order took effect Aug. 2 and is scheduled to end Aug. 28.

The order came after the Centers For Disease Control and Prevention recommended that people wear masks indoors in areas of the country with high coronavirus transmission rates.

Kansas City Public Schools announced that it will also be following CDC guidance by requiring everyone to wear face masks in its buildings this fall. The district said that masks will help protect its students who are too young to be vaccinated and it encouraged older students to get vaccinated.

The University of Missouri-Kansas City will be joining all four University of Missouri System schools by requiring students, faculty, staff and visitors to wear masks in public indoor settings. The policy change also requires unvaccinated people to wear a mask at all times, indoors or outdoors.

Missouri Attorney General Eric Schmitt has challenged Kansas City’s mandate in a lawsuit virtually identical to a complaint he filed to overturn a similar mask mandate in St. Louis County.

A St. Louis judge temporarily blocked the latter after the St. Louis County Council voted to rescind it. Lucas, however, predicts the Kansas City’s mandate will be upheld, saying it’s procedurally different from the one issued in St. Louis.

Clay County has not moved to implement a mask mandate, leaving cities and school districts in the county to issue their own requirements.

North Kansas City was one of the first local jurisdictions to announce that it would be following Kansas City’s lead by issuing its own indoor mask mandate. The mandate closely mirrors Kansas City’s and also took effect on Aug. 2.

Mayor Bryant DeLong on Twitter cited the CDC’s recent guidance and the increasing number of hospitalizations across the region as the impetus for the mandate.

North Kansas City School District and Liberty Public Schools announced following Kansas City’s order that they would be requiring masks indoors for all students, staff and visitors, regardless of vaccination status.

The Kearney School District is set to discuss universal, indoor masking for all students, staff and visitors at a meeting on Aug. 10.

Platte County announced on Wednesday that it had issued a recommendation for mask wearing. No mask mandate is in place in the county outside of Kansas City.

The Park Hill School District announced that it will comply with Kansas City’s order and mandate masks for everyone 5 and older in district facilities, regardless of vaccination status. The district said the requirement will last while the Kansas City mandate is in effect.

Starting on Aug. 9, Jackson County will also require people age 5 and older to wear masks in indoor public places even if they’ve been vaccinated.

The order covers all areas and schools in Jackson County outside of Kansas City and Independence, which have their own independent health departments.

A new state law will limit Jackson County’s order to 30 days and will require majority support by the county legislature to extend it.

The Blue Springs School District said on Friday that it will follow Jackson County’s mandate by requiring masks in all district buildings. In an email sent to students’ families, it announced that masks will also be required at three district schools located within the city limits of Independence.

Independence recently rescinded a health order requiring people to wear masks in city buildings. The city has now returned to a public health advisory that “strongly encourages” masks in all indoor spaces, regardless of vaccination status.

The Independence School District adopted its own mask requirement beginning Aug. 11. The order requires face masks indoors for all students over the age of 2 and all adults in the district.

The Lee’s Summit R7 School Board voted on Thursday to require universal indoor masking, regardless of vaccination status. The board will evaluate the requirement at the first-quarter mark on Oct. 22.

The Unified Government of Wyandotte County and Kansas City, Kansas became the latest unit of local government to issue a mask mandate when it did so Thursday at a county commission meeting.

The order excludes public and private schools and the cities of Edwardsville and Bonner Springs.

So far, the Piper School District is the only district to follow suit by adopting a mask requirement on Aug. 9.

The Johnson County Commission did not move to adopt a county-wide mandate at a meeting on Thursday. Instead it approved a new order that requires masks to be worn inside school buildings that enroll children up to and including 6th grade.

The order applies to both public and private schools, and remains in effect until May 31, 2022, unless amended or revoked.

The Shawnee Mission School District and Olathe School Board voted Thursday night to extend the county’s order to all grades, pre-K through 12th grade. The USD 232 school board in De Soto approved a universal mask requirement on Monday, making it the first northern Johnson County district to do so.

Blue Valley Schools took a more conservative approach by initially only extending the order to eighth grade. The board has since extended the policy to its 9-12 graders and those in the 18-21 program.

The city of Prairie Village is looking into issuing a citywide mask mandate that would require masks in most indoor places. The city commission will discuss a draft order at the city council’s next regular meeting in two weeks. If it approves the order, it will be the first Johnson County city to adopt its own mandate.

RecordBar is the latest Kansas City business to require proof that customers are vaccinated against COVID-19 prior to entry.

The live music venue announced that starting Tuesday, customers need a photo ID, vaccination card, a digital vaccine record or a picture of their card. Customers without a card can show proof of a negative COVID test in the last 24 hours.

The Ship will require proof of vaccination for everyone after 5 p.m. nightly, and will not require masks inside.

Big Mood Natural Wines requires customers to provide proof of vaccination if they want to remove their mask and drink indoors. Unvaccinated customers can shop inside at the wine bar but will have to drink on the patio.

Hamburger Mary’s, Woody’s and The KC Improv Company opted to adopt a vaccine requirement to allow customers and performers to go maskless. Under Kansas City’s order, masks are not required for gatherings where everyone is vaccinated.