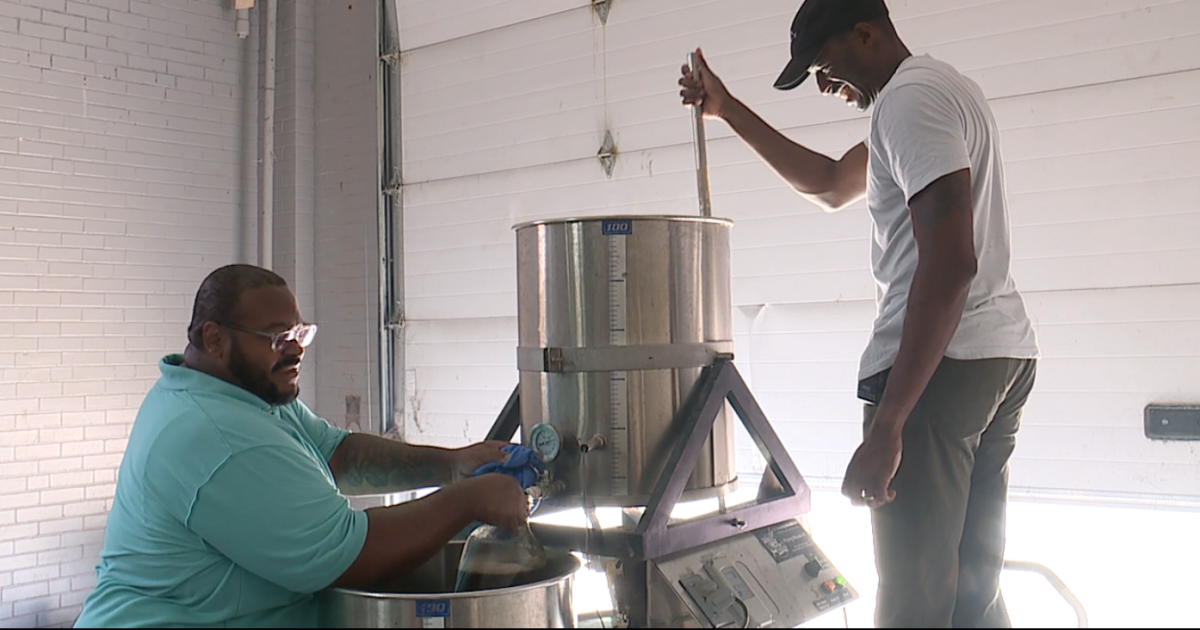 Kemet Coleman, Elliott Ivory and Woodie Bonds Jr. are the founders of Vine Street Brewing Co. Their friendship grew over the years from a mutual appreciation of craft beer brewing.

Bonds met Coleman years ago when Coleman gave him a brewery tour as a guide at Boulevard Brewing Co., another Kansas City brewing company. Bonds met Ivory through a circle of homebrewers who share and support each other’s work.

“It’s been great, I mean, I don’t know if I would want to do this with anybody else,” Bonds said.

Bonds currently works at Ford Motor Company, Ivory is an employee for Honeywell and their third business partner, Coleman, is a local musician who will spearhead marketing for the brewery. They said starting their new business venture is a passion project aside from their full-time jobs.

“I’m not sure if it’s more nerves of being Black-owned, or just opening up a business in general right? There’s just a lot of things we’re going through right now, but being able to go through with Kemet and Woodie — it makes it quite a bit easier,” Ivory said.

The three friends are paving the way to include more diversity in the craft beer industry. Ivory said right now, it can seem like a white, male dominated field. They are hoping to break those stereotypes.

“Us just entering the scene as brewers, so not just as consumers, but actually as people creating that beer — I think that’s a huge step right?” Ivory said.

With the opening of Vine Street Brewing Co., they hope to help minority customers branch out to other venues. Elliott saw the value of creating safe spaces for minorities during a beer festival run by Bonds.

“It was just a totally different vibe than I’ve seen at any other beer fest,” Ivory said. “That’s probably the most minorities I’ve seen at a beer fest. So that alone, I was like ’This is special.’”

They were intentional about the location of their business in the historic jazz district, hoping to reach and influence minority patrons in the city. They said live music will be a key component of their business as well.

“We want to create a space on our own for everyone to come together, drink our beer, share stories and walks of lives from wherever,” Ivory said.

The long road to opening day brings challenges of its own, but they are brewing up their own blood, sweat and tears to help raise the bar for beer enthusiasts to come.